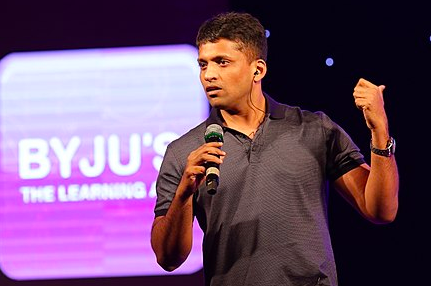 Bengaluru, NFAPost : BYJU’S, the world’s most valuable ed-tech company and the creator of India’s most loved learning app, announced on Wednesday that it has received an investment of $150 million led by Qatar Investment Authority (QIA), the sovereign wealth fund of the State of Qatar.

This round also includes the participation from Owl Ventures, a leading investor in education technology and this is their first-ever investment in an Indian start-up.

Think & Learn Pvt Ltd, the part company of BYJU’S, is the most valuable ed-tech company in the world now, launched its flagship product Learning App for classes 4-12 in 2015.

This new round will support BYJU’S’ aggressive plans of international market expansion and the creation of world-class learning products for students across the globe. This first-ever primary investment from QIA and Owl Ventures in India will aim at boosting innovation in the tech-enabled learning space.

According to industry analysts, the latest transaction is likely to value Byju’s, which is already backed by global investors General Atlantic and Tencent Holdings, at over $5 billion.
BYJU’S has over 35 million registered users and 2.4 million annual paid subscriptions.

Commenting on the new development, BYJU’S Founder and CEO Byju Raveendran SAID the company is happy to have strong partners like QIA and Owl Ventures on board.

Byju Raveendran also pointed out that high adoption and 85% annual renewal from small towns and cities shows the increasing acceptance of digital learning as a primary tool for learning at home.

“This partnership will support and strengthen our vision of creating and delivering personalised learning experiences to students. This will help us explore and leverage our expertise in creating immersive tech-enabled learning programs for students in smaller cities, regions and newer markets, ” said Byju Raveendran.

BYJU’S is positioned as a leader at the intersection of technology, media and content in education. It is a good example of a product company out of India with a business model that combines fast growth at scale with profitability.

Amit Patel, Managing Director, Owl Ventures, said, “With the world’s largest school-age population of 260 million, India’s education sector is at an inflection point. BYJU’S has been at the forefront of providing quality auxiliary education to new-age learners. This new partnership with BYJU’S reinforces our commitment to creating the best and most unique learning journeys for every student.”

With increased brand awareness and strong adoption amongst students, BYJU’S tripled its revenue to Rs 1, 430 crore in FY 18-19 and also turned profitable on a full-year basis. BYJU’S has already crossed Rs 200 crore in monthly revenue and is estimating revenue of over  Rs 3000 crore this year.

Delivering a world-class learning experience, programs from BYJU’S is making learning contextual and visual. The apps have been designed to adapt to the unique learning style of every student, as per the pace, size  and style of learning.

BYJU’S is paving the way for new-age, geography-agnostic learning tools that sit at the cross section of mobile, interactive content and personalised learning methodologies.