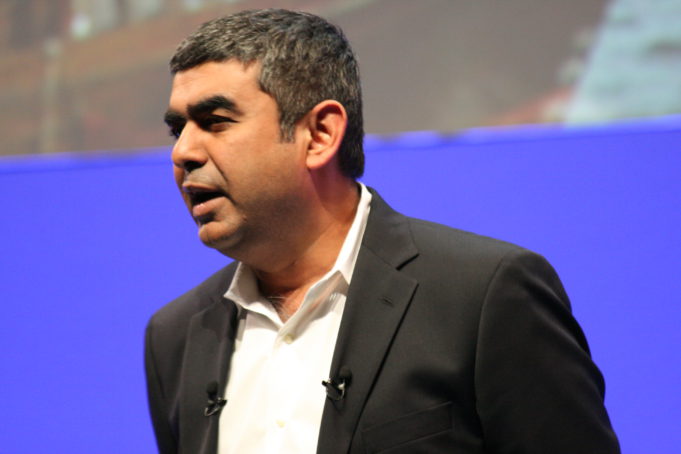 The move comes after two years after leaving Infosys. The new venture in artificial intelligence is expected to work in multiplier and has the potential to transform every company. It can tackle issues ranging from climate change to self-improvement.

“AI has the potential not just to transform business or company but also to amplify humanity. I would love to see tens of millions of people to be able to build intelligent systems, and billions to be able to bring basic intelligence into anything that they do. The potential for adoption of AI in the enterprise represents a seismic shift, of the same magnitude as the transition to the use of computing itself,” he says.

Sikka, who holds a Ph.D. in AI from Stanford University, demonstrated the Vianai platform at a keynote address at the Oracle OpenWorld conference on September 17.

Before his tenure at Infosys, he spent 12 years at German software company SAP, where he was last a member of its executive board.  Sikka also serves on the supervisory board of the BMW Group and as an advisor at the Stanford Institute for Human-Centered Intelligence (HAI).

Sikka said his passion to start the new company is from the realisation that new things will define the next 25 years. “That means that you have to abandon the benefits of scale and the benefits of working with super large companies. You have to do something literally from scratch. I decided to do that,” he said.

Commenting on the funding, Sikka said it took financial uncertainty out of the equation by raising a large seed round. “Startups typically don’t do $50 million seed rounds, but with this we don’t have to worry about funding. Of course, we run a financially prudent ship, and Divesh Makan being there helps a lot as also Henning Kagermann and Indra Nooyi. We have revenue coming from big companies, but still, we don’t want to worry about money, ” he said.

Vianai’s board of advisors includes, among others, John Etchemendy, former provost of Stanford University; Henning Kagermann, former chairman and CEO of SAP, who is now chairman of Acatech, Germany’s national body vested with technology innovation; Alan Kay, Turing Award winner and computer science pioneer; and Indra Nooyi, former PepsiCo CEO who is a board member at Amazon and Schlumberger.

When asked about the main risks that Vianai faces, he said the team is clearly understood that they are doing is a very promising, very big opportunity.”The challenges are in execution. And that is where the difference between knowing the path and walking the path matters. We are a team of more than 30 employees, consultants, contractors and advisors now and growing rapidly,” he said.

The company is formed with a belief that tens of millions of people be able to build intelligent systems, and billions be able to bring basic intelligence into anything that they do.

“Education is one of the key parts of our work at Vianai that we haven’t started yet, because we are still building the platform. I have started to do a master classes on AI techniques with some of our clients. With our platform, we want to make it easy for people to learn these things, ” said Sikka.

Vishal Sikka he chose the path of technology as he is always been passionate about the idea of technology being a human amplifier, something that improves our ability and makes us see more, do more, and be more.