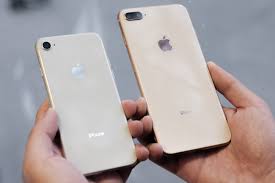 Apple has cautioned iOS users of a security bug in iOS 13 which could enable third-party keyboard apps to takeover full-access permission to your keystroke data without your consent.

The bug remains potentially unpatched in the latest iOS 13.1 update. Hence, users are advised to exercise caution while sharing access permissions with third-party keyboard apps like GBoard, SwiftKey and Grammarly.

Some of these keyboard apps could come from lesser known developers with shady intentions like stealing personal info of the user.

Besides, these third-party keyboard apps could takeover full access to keystroke data and use it to communicate with other apps for enabling advanced services.

Thereby, the personal info of the user could leak into the dark web only to be exploited by hackers and other malicious programs.

Apple has, however, confirmed in its recent support document that the bug doesn’t affect its native keyboard app or those which do not require full access permissions in the first place.

The iPhone maker has further clarified that the keyboard apps are generally intended to collect search-related info which will be sent to Google for optimising its search algorithm for that particular user.

The company emphasises that such confidential data will not be shared with anyone else apart from Google and hence the users can rest assured that their data is safeguarded at all times.

In case of suspicious app developers, users may disable full-access permissions for such keyboard apps by navigating to Settings > General > Keyboard > Keyboards.

Alternatively, iOS users may opt for uninstalling all suspicious keyboard apps from their device until Apple rolls out a fix.

Furthermore, the iOS 13.1 update brings the new Airdrop feature which allows iPhone 11 users to Airdrop files to another compatible iOS device just by pointing the phone at it. Also, a new share ETA feature has been added to Apple Maps.

Apple has also rolled out the new iPadOS 13 update with mouse support, multitasking capability, a floating keyboard and more… to enhance the overall user experience.