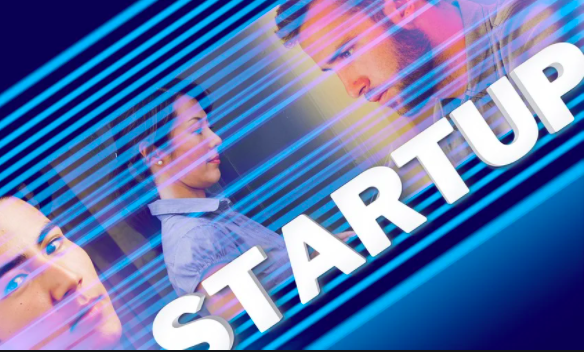 A bunch of Indian startups, including Omnipresent Robot Technologies, are waiting with bated breath for the successful landing of the lander Vikram on the surface of moon as part of Indian Space Research Organisation’s (ISRO) ambitious lunar project Chandrayaan 2.

Even though few foreign agencies and some Indian Universities are participating in the project, it is a lesser known fact that a bunch of Indian startups have made deep impact on the success of this mission. Indian startups participated in supporting ISRO scientists in developing various hardware and software solutions with their frugal and competent technologies.

The Delhi-based robotics startup known for developing smart technologies related to drones related to industrial inspection and defense application. “We received two work orders from ISRO for Chandrayaan 2 project. The first work order was related to a mix of hardware and software that help Chandrayaan 2 Mission to orient itself during the landing phase. This basically includes a set of orientation sensors, accelerometer and gyroscope and then combining them with software based ‘kalman filter’. They help during the lander descending down during the last km for a safe landing,” he said.

One of the key challenge while developing the hardware was to make it very lightweight. “Few components we purchased and another set we made and integrated at our Noida facility. The entire hardware we supplied to ISRO took only 15 grame,” said the startup founder.

Omnipresent Robot Tech second work order was a software for the rover. “Once the rover lands on Moon surface it will take pictures using 3D cameras. Our software will help in taking the picture and create a 3D model. These images help the rover safe movement from craters and other obstacles on Moon surface. We generate 3D model and it will tell the rover exact distance from rocks and craters on Moon. It will generate a safe path for the rover to go around,” said Akash Sinha.

The company, which has its offices in Bengaluru, Vishakapatanam and New Delhi, came into ISRO radar when it understood that many technologies in its autonomous drones can be replaced in Chandrayan Mission. “ISRO identified our technology capabilities and found us as right fit in their scheme of things. Our smart software tools called Omnipresent Neve Centre with its five set of modules have its multiple application in the ISRO project,” he said.

Even though the company didn’t make a dedicated team for Chandrayaan 2 project, Omnipresent Robot Technologies had a core team who worked with the software and hardware elements of the project seamlessly. “Our AI team with its Nerve Centre Team has been driving the initiative. Our Noida and Vishakhapatnam facilities with their CNC macines, moulding facility and 3D printers helped in executing the project,” he said.

ISRO is tight lipped on the contribution of few other startups in the project as they are matter of national security. According Arvian Consulting analyst Ravi, Indian space startups have the competencies to take on the nexgen technology requirement for its Lunar and Mars explorations and even manned missions planned later. “Globally, we all know that space startups are gaining fund houses attention. Recent analytics company Bryce states that all over the world startups raised a record $3.2 billion in funding last year. We have matured startups in space technology and now they are attracting investors attention also. GrowX ventures, a Delhi-based investment company, already invested in two Indian startups,” said Ravi.

The Indian startup space community had to face a big blow when the much talked about startup Team Indus failed after reaching the last stage of the Google Lunar Xprize competition to land a rover on the moon. The company later winded up its operation.

Indian scientific community, especially their brotherns from ISRO, are waiting with bated breath for the successful landing of Chandrayan 2 mission’s lander and rover touching on the surface of moon roughly between 1.30 am and 2.30 am.

According to ISRO officials, Chandrayan Mission is reaching its last phase after five successful orbit maneuvers done recently. Since July 22, when the mission started off from the earth, ISRO is in the limelight of scientific community across the world as the nation is joining the club of USSR, the USA and China who have already successfully landed their spacecraft on moon.

“It is really a great moment for us and India after 60 odd days of tiersome monitoring work when the landing module (lander Vikram and rover Pragyan) touches moon surface. We have successfully separated lander Vikram from the orbiter. Now we are looking at the safe landing of the lander,” said an ISRO scientist who is working closely on the project to NFAPost.

Buouyed by the successful four manoeuvers, especially on August 30 and September 1 and the separation of the lander, ISRO’s scientists are geared up for the missions most difficult part of lander landing and the rover to crowl over moon surface at the Mission Control at its Isro Telemetry, Tracking and Command Network (Istrac) centre in Bengaluru.

Chandrayaan 2 will use the Vikram lander and Pragyan rover to attempt a soft landing in a high plain between two craters Manzinus C and Simpelius N at a latitude of about 70Â° south. Both the Lander and the Rover are expected to be active for one month. ISRO has identified the named the landing space of Vikram as Mitra crater, named after 20th century’s acclaimed radio physicist Sisir Kumar Mitra. The Vikram lander will detach from the orbiter and descend to a lunar orbit of 30 km using its 800 N liquid main engines. Once detached the lander will then perform a comprehensive check of all its onboard systems before attempting a soft landing, and perform scientific activities for approximately 15 days.

Pragyaan, the rover of the mission will operate on solar power. It will move on 6 wheels traversing 500 meters on the lunar surface at the rate of 1 cm per second, performing on-site chemical analysis and sending the data to the lander, which will relay it to the Earth station. The expected operating time of Pragyaan rover is around 14 days. ISRO has selected eight scientific instruments for the orbiter, four for the lander, and two for the rover. The landing and related stories can be accessed live via Dooradarshan Channel.

The indigenously built heavy-lift rocket Geosynchronous Satellite Launch Vehicle-Mark III (GSLV Mk III) successfully lifted India’s Chandrayan2 on July 22. This was made possible after ISRO aborted the planned launch on 15th. The successful launch was carried out exactly a week after the ISRO had aborted the launch on July 15, just 56 minutes before the launch due to a “technical snag”.