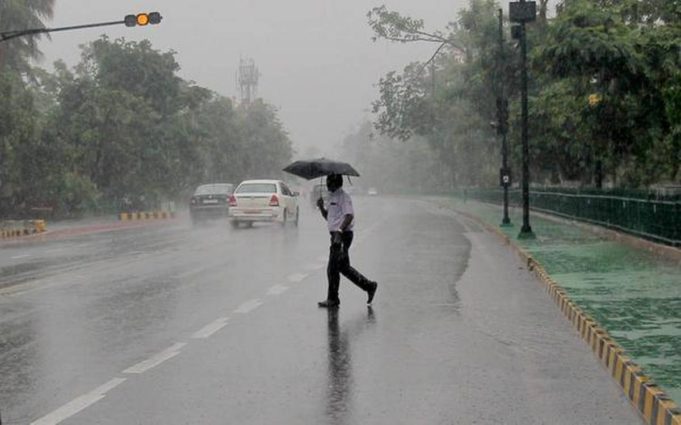 Amritsar, NFAPost: The Indian Meteorological Department (IMD) has upgraded its forecast for monsoon in India this year to 102% of Long Period Average (LPA), from the prediction of 100% in April. The updated forecast comes on a day when the southwest monsoon reached Kerala coast.

The southwest monsoon made an onset over Kerala today, marking the commencement of the four-month long rainfall season.

“The southwest monsoon has set in over Kerala today, 1 June 2020,” the IMD had said in a statement early today.

June 1 is the usual date for the monsoon to reach Kerala. Last year the monsoon was delayed and reached on June 8. In the last 24 hours, most parts of Kerala have reported heavy to very heavy rainfall.

The four-month long monsoon season from June to September accounts for 75% of the rainfall in the country.

Today while announcing the rainfall forecasts for this year, the IMD also said that the spread of monsoon over the Jun-Sep is expected to be good, particularly during the months of July and August.

July and August are the months when farmers in India undertake sowing of Kharif crops.

The weather department expects rainfall during July to be 103% of the normal quantum during the month, and that in August is seen at 97%.

IMD has forecast Northwest India to receive ‘above normal’ rainfall at 107% of LPA, while Central India would get 103% of LPA, and Southern Peninsula would get 102%. Rainfall during the monsoon period in the Northeastern region is expected to be around 96%.

The IMD classifies rainfall equivalent between 96-104% of the LPA of the entire country as ‘normal’, while that between 104-110% is classified as ‘above normal’ rainfall. Rainfall between 90-95% is categorised as ‘below normal’. The forecasts for homogeneous regions have a model error of 8%, while that for the overall nation has a model error of plus or minus 4%.

El Nino Southern Oscillation (ENSO) conditions this year is expected to be favorable for a good monsoon, Ministry of Earth Sciences Secretary M Rajeevan said at the media briefing today.

He added that though El Nino conditions in the Pacific Ocean, that are associated with a poor Indian monsoon, are absent, some models showcase a weak La Nina, which is normally linked to plentiful monsoon rains.

IMD said that there is just a 15% chance of rainfall being below normal this year and just 5% of it being deficient.

IMD has also issued a warning for a cyclonic storm developing in the Arabian sea.

The name Nisarga for the cyclone is based on the new list of cyclone names approved by the World Meteorological Organisation. This cyclone comes just days after a super cyclonic storm Amphan lashed parts of West Bengal, Odisha and Bangladesh on May 20.

Nisarga cyclonic storm is expected to make landfall near the border of Gujarat and Maharashtra around Vapi on Wednesday.

The Met Department has also warned of heavy to very heavy rainfall in the coastal areas of Maharashtra on June 3 as the cyclone Nisarga advances over Arabian Sea.

US-based KKR to invest 55.5 bln rupees in Reliance Retail for...