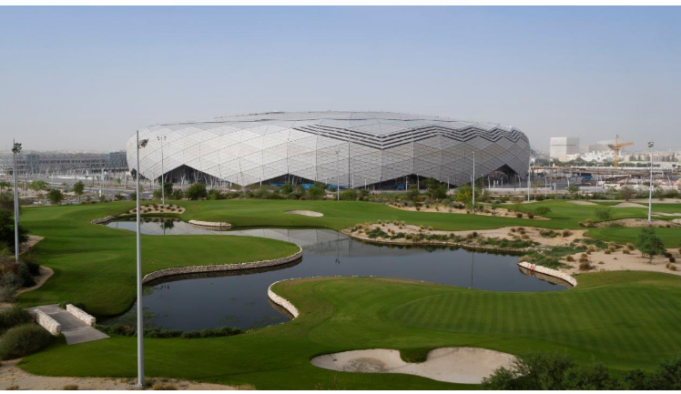 It is the third tournament-ready venue for Qatar 2022 after the successful redevelopment of Khalifa International Stadium in 2017 and the inauguration of Al Janoub Stadium in 2019.

Khalifa International Stadium was the first World Cup venue to open after redevelopment in 2017, while Al Janoub Stadium was built completely and opened in May 2019 in Al Wakrah.

The Education City stadium will have a seating capacity of 40,000 and is located in the outskirts of Doha. The stadium will hold fixtures during the league stages and the quarterfinals.

The stadium’s completion will be marked on 15 June with a live programme which celebrates the contribution of frontline workers during the coronavirus pandemic.

The show will also discuss the future of sport, mental health and fan experience in a post-COVID-19 world.   Qatar is continuing its preparations and construction to complete a total of eight venues for the 2022 tournament.

Qatar is luxuriously placed having claimed to finish more than 80 percent of venues two and a half years before the World Cup commences.

Qatar, ranked the 29th* most competitive nation in the world, is looking at the World Cup 2022 to boost its image as business hub in Middle-East. Qatar growth in recent years brought developments and the country is going ahead with its plans to “transform Qatar into an advanced society capable of achieving sustainable development”.

As part of the World Cup, more than $200 bilion will be spent for infrastructure development which covers not only stadiums but projects such as roads, airport expansion and hospitals. The country is inviting different companies for investment as part of the mega event, which will also expects1.5 million international visitors and over four billion television viewers tuning in to watch the World Cup.

By 2030, Qatar aims to be an advanced society capable of sustaining its development and providing a high standard of living. Qatar’s National Vision 2030 defines the long-term outcomes for the country and provides a framework within which national strategies and plans can be developed.