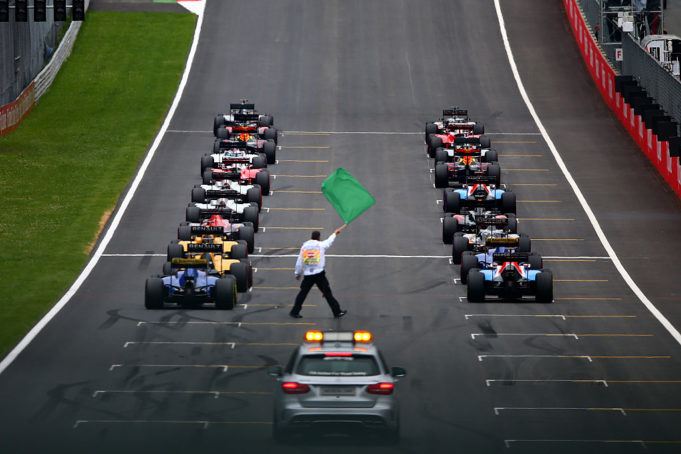 Hyderabad, NFAPost: As the world slowly eases into the ‘new normalcy’ of life after COVID-19, the sports have also slowly and steadily getting back to business. After football in Germany resumed, it is now the turn of Formula One to kickstart their life after the advent of the coronavirus pandemic.

On Tuesday, bringing cheer to the fans and the motorsports world alike, Formula One announced the commencement of the 2020 season with an initial eight-race calendar.

The Red Bull Ring in Spielberg will host back-to-back races on July 5 and 12 and the caravan will then move to Hungary on July 19.

Silverstone has been given two races after the British government exempted elite sports from quarantine on foreign visits.
All races will be under closed doors, meaning no spectators will be allowed to watch the races at the circuits.

Formula One is mulling over the hope of holding about more than 15 races in a truncated 2020 season. The F1 is also hopeful of culminating the season in Bahrain and Abu Dhabi like always.

In a statement, the F1 governing body, the FIA said a lot of homework was done to ensure that holding races are safe.

“Over the past two months Formula One has been working closely with all partners, authorities, the FIA and the 10 teams to create a revised calendar that will allow a return to racing in a way that is safe. Due to the ongoing fluidity of the COVID-19 situation internationally, the details of the wider calendar will be finalized in the coming weeks,” the FIA statement said

The FIA was also hopeful of fans attending future races. “It is currently expected that the opening races will be closed events. But it is hoped fans will be able to join events again when it is safe to do so,” the statement added.

Formula One series chairman Chase Carey lauded the commitment of every stakeholder. “I want to thank every promoter and partner for their support and ongoing commitment to Formula One. We know the return of Formula One will be a welcome boost to sports fans around the world,” he said.