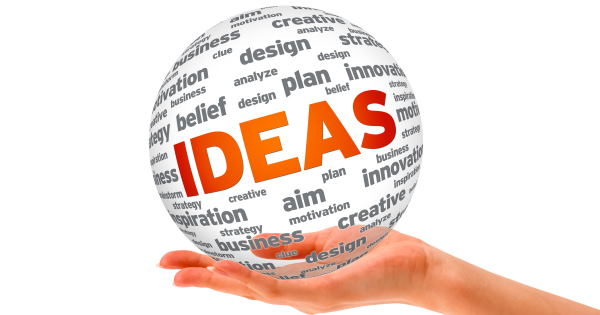 Bengaluru, NFAPost: PM Modi launch of ‘Aatmanirbhar Bharat App Innovation Challenge‘ to facilitate the techies and start-up community to create Made In India Apps is getting an overwhelming response among tech communities across the country.

The challenge is an endeavour of the Ministry of Electronics and Information Technology and Atal Innovation Mission. Taking to Twitter, the Prime Minister said that there is immense enthusiasm among the tech and start-up community to create world class Made In India Apps. He penned down in Linkedin and Twitter about the challenges and urged the youngsters to take active part in the challenge.

“Today there is immense enthusiasm among the tech & start-up community to create world class Made in India Apps. To facilitate their ideas and products @GoI_MeitY and @AIMtoInnovate are launching the Aatmanirbhar Bharat App Innovation Challenge,” he tweeted.

Indian startup ecosystem is also known for developing applications which global companies have developed. VideoMeet, a video conferencing platform developed by Rajasthan based IT firm, Data Ingenious Global Ltd. recently rolled out its expansion plan to four states with an investment around INR 2 crore.

The government had recently announced the banning of “malicious” 59 Chinese apps including TikTok, Helo, WeChat, Club Factory, Shareit, UC Browser, Cam Scanner and more to ensure safety to sovereignty and integrity of India. As a result, multiple Indian apps including Mitron, ShareChat, Roposo, Chingari, Rooter and more have sprung into action to tap into the Atmanirbhar call and boycotting import and use of Chinese goods.

According to tech workers in India, coders in the country can come up with any products which can compete in the international market. “We have the talent pool to develop products and solutions similar to that of international standard. The cost of these solutions can also be brought down to one tenth of what others are charging. But here the entreprenurs should get market access which willl help them to grow,” said a coder working in a leading company.

It is clear that India’s startup ecosystem has become a key geo-political battleground notwithstanding its inherent challenges. The was a policy vacuum in the past decade to make Indian startup to compete with global product ecosystem and the current Atmanirbhar Bharat policy initiative will help them to flourish further.

In his LinkedIn post, PM Modi wrote, “Nowadays, we are seeing huge interest and enthusiasm among the start-up and tech ecosystem to innovate, develop and promote homegrown apps. Today, when the entire nation is working towards creating an Atmanirbhar Bharat, it is a good opportunity to give direction to their efforts, momentum to their hard-work and mentorship to their talent to evolve Apps which can satisfy our market as well as compete with the world.”

He wrote that this challenge will run in two tracks-Promotion of existing apps and development of new apps.

The outcome of this challenge will be to give better visibility and clarity to existing Apps to achieve their goals, and to create tech products to find solutions to tech conundrums with the help of mentorship, tech support and guidance during the entire life-cycle, he wrote in his post

Modi in his post said that there is tremendous scope among these sectors for new Apps that solve specific issues for India and the world.

“Can we think of making traditional Indian games more popular via Apps? Can we develop Apps with targeted and smart access to the right age group for learning, gaming, etc? Can we develop gaming apps for people in rehabilitation or getting counselling to help them in their journey? There are many such questions and technology alone can give answers in a creative manner,” said PM.

Recently, the government has banned 59 mobile apps linked to China including Tik Tok, UC Browser, Helo, YouCam makeup and Mi Community in view of the information available that they are engaged in activities which are “prejudicial to sovereignty and integrity and defence” of the country.

`Almost all the apps banned on Monday have some preferential Chinese interest and the majority have parent Chinese companies. The ban came amid border tensions with China in Eastern Ladakh.

India has developed its own incubation and startup ecosystem around educational institutions and big corporates. They are churning out products and solutions which can resolve both local and global problems.

Short-video platform Roposo (owned by ad tech firm InMobi) followed by other TikTok clones like Chingari and Mitron have all registered a spike in app downloads since the ban.

Vice President Venkaiah Naidu on said that Atmanirbhar Bharat is a launchpad for fostering entrepreneurship, nurturing innovation and creation of an ecosystem for rural-urban symbiotic development.

He was speaking at the virtual launch of made in India social networking app Elyments. Calling for the creation of an ecosystem of innovation and entrepreneurship, Naidu urged people to adopt the Atmanirbhar Bharat campaign to transform ‘local’ India into ‘global’ India.

Vice President Venkaiah Naidu also emphasized that India’s call for the self-reliant economy wasn’t for protectionism or isolationism “but for adopting a pragmatic development strategy that would enable the country to recognize and capitalize on its inherent strengths,” a statement by the Vice President’s Secretariat cited Naidu as saying.

Raajan Joshi - October 1, 2020 0
Mumbai, NFAPost: Indian Institute of Technology, Jodhpur (IITJ) announced the receipt of NVIDIA DGX A100 to be installed at the Central Computing...