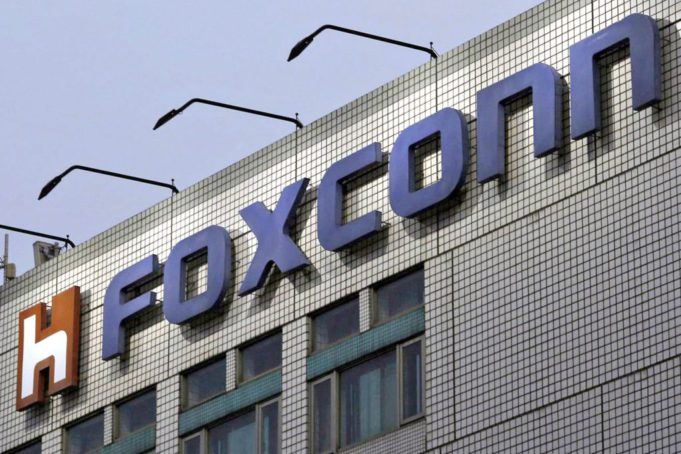 Bengaluru, NFAPost: Taiwan based electronics manufacturer Foxconn, the company that makes Apple’s iPhones, is going ahead with its plan to invest $1 billion to expand its factory in Tamil Nadu.

The Tamil Nadu manufacturing facility is the second mobile phone factory of the company and started operation in 2017 at Sriperumbudur.

According to media reports, the move is reportedly part of Apple’s moves to shift iPhone production away from China and hence reduce its dependence on the country.

According to sources privy to the development, the investment will take place over three years, which is within the time frame for the Indian government’s new production-linked incentive (PLI) scheme.

Earlier reports had indicated that Foxconn was amongst the companies which had applied to be amongst the government’s five “foreign champions” for receiving the benefits from the scheme.

Foxconn International Holding’s India operation is lead by Country Head and Managing Director Josh Foulger. He grew up in Chennai and attended the University of Texas in Arlington, before returning to India to set up manufacturing for Nokia.

Further, the Reuters report also states that Foxconn will add 6,000 jobs at its Sriperumbur plant in Tamil Nadu as part of this investment. This is the plant where the company manufactures the iPhone XR, Apple’s cheaper flagship-class iPhone. Foxconn also used to manufacture the older version of the iPhone SE and some others that have been discontinued by the company globally. It’s unclear whether the iPhone SE 2020, which was launched earlier this year, is also going to be made here.

It’s worth noting that Foxconn Chairman, Liu Young-Way had alluded to this investment in the company’s annual general meeting last month. “We are fully pushing ahead with next steps there (in India), and maybe in a few months’ time we can reveal on our website the next steps and report back to everyone. We’ll have further investment there,” Liu said at the time.

Foxconn also manufactures phones for Chinese Xiaomi, which leads the smartphone market in India right now. Those devices are made in the company’s Andhra Pradesh plant. The Reuters report indicates that the current investment is directed towards the iPhone plant.

Foxconn’s first India facility started in 2015 in Sri City, a special economic zone located in Chittoor of Andhra Pradesh. The manufacturing plant spread in 30-acres is dedicated to Chinese conglomerate Xiaomi. The facility has the uniqueness of recruiting the majority of women workers at the assembly after minimal training.

The minimum requirement for entering the workforce is 10th pass and during the training, the instructions are provided in three languages — Telugu, Tamil and Odiya.

“We talk about these ladies sometimes being time travellers. They get up in a house with no running waters and live in huts that are something like 300-400-year-old habitation. They get into a bus that is decent but runs on 40-50-year-old technology and comes to a factory which is very much the 21st century. Every day, these time travellers come face to face with most advanced technologies. They are trained in applying these technologies and produce world-class products,” explained Country Head and Managing Director Josh Foulger to Mint.

The Indian government’s PLI scheme has piqued the interest of smartphone makers in the country. The industry has said that the scheme will help ramp up manufacturing in India and plans to bring more component manufacturing into the country, taking a step forward from assembling which is mostly what it does at this point.

After Furloughs, Uber Gets Back To Hiring Mode