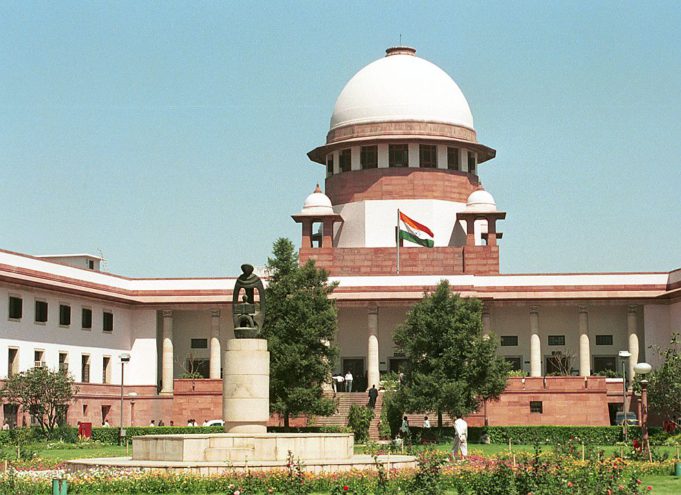 Bengaluru, NFAPost: As part of efforts to make the judicial system more tech-savvy, the Supreme Court allowed the service of summons and notices, a necessity in almost all legal proceedings, through instant messengers like WhatsApp as well as by e-mail and fax.

The historical decision is taken by a bench headed by Chief Justice S.A. Bobde. The decision was necessitated as the country is going through a turbulent phase with Covid-19 pandemic. The bench observed that it has been brought to the notice of the court that it is not feasible to visit post offices for service of notices, summons, and pleadings.

The bench, which also includes Justices A S Bopanna and R Subhash Reddy, came up with a conclusion that notice and summons should be sent through e-mail on the same day along with instant message through WhatsApp and other phone messenger services.

The Supre Court also agreed with the suggestions of attorney general K K Venugopal that service of summons/notices through email would constitute a valid delivery of these legal instruments asking a respondent/person to either appear before the court or respond to a court query.

The bench clarified that all methods should be deployed for a valid service on the party. “Two blue ticks would convey that the receiver has seen the notice,” noted the bench.

The bench declined the request of the Attorney General for specifically naming WhatsApp as a mode of effectuating service. The top court noted that it would not be practical to specify only WhatsApp. The apex court also permitted RBI to extend the validity of cheques in the backdrop of lockdown to contain the coronavirus outbreak.

Senior Advocate V Giri representing RBI informed the bench that he had circulated the note regarding validity of a cheque as directions issued on the previous hearing.

The bench noted that it will be in discretion of the RBI to issue orders which are suitable to alter the validity of the period of a cheque.

During an earlier hearing on the matter on July 7, the Attorney General contended before the top court that the Centre had some reservations in connection with the utilization of mobile applications like WhatsApp and other apps for service of summons. The Centre’s top law officer informed the apex court that these apps claimed to be encrypted, and they were not trustworthy.

The RBI counsel had contended before the top court that it was considering clarifying the validity of a cheque which has been reduced to three months from six months.