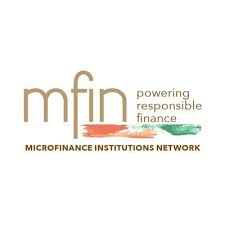 New Delhi, NFAPost: Microfinance Institutions Network (MFIN), the premier industry association and Self-Regulatory Organization (SRO) for the microfinance industry in India announced the re-election of Manoj Kumar Nambiar as Chairperson for yet another year, and the election of Devesh Sachdev as Vice-Chairperson of the governing board at its 11th Annual General Meeting held on 10th July 2020.

Manoj Kumar Nambiar is currently with the Aavishkaar Group as the Managing Director of Arohan Financial Services Limited, the 6th largest NBFC-MFI in India.

He has over 32 years of working experience in office automation, consumer finance, retail banking & microfinance across India & the Middle East. He first joined the MFIN board in 2013 and has been the Chairman twice earlier in 2015 and also in 2019.

On his taking over as Chairperson for the second consecutive year, Manoj Kumar Nambiar stated the microfinance sector serves over 60 million end clients and impacts over 300 million lives today.

“I am honored and humbled by the confidence placed in me by the members and look forward to their continued support as we steer the sector together in a challenging external environment,” said Manoj Kumar Nambiar.

Manoj Kumar Nambiar, currently with the Aavishkaar Group as the Managing Director of Arohan Financial Services Limited, the 6th largest NBFC MFI, has over 32 years of work experience. Through his stints with GE Countrywide, ANZ Grindlays and ABN Amro Bank NV India, Manoj Kumar Nambiar has extensive exposure to office automation, consumer finance, retail banking and microfinance in India and the Middle East.

Manoj Kumar Nambiar also brings the international experience of having worked in National Bank of Oman as Head Retail Banking in Oman, UAE and Egypt, as COO of the Alhamrani – Nissan Finance company, KSA, and Deputy CEO of Ahli Bank SAOG. He returned to India to join as MD & CEO of IntelleCash Microfinance Network Company (P) Limited (an Intellecap Group company) in the business of incubating and capacity building of MFIs.

He is a mechanical engineer by graduation from VJTI and an MBA in Marketing by post-graduation from JBIMS both from Mumbai University and has tertiary qualifications in insurance from III. Manoj Kumar Nambiar has completed a course on “Strategic Leadership in Microfinance” from the Harvard Business School, Boston, USA and also a course on “Strategy meets Leadership” at INSEAD,France.He joined the MFIN board first in 2013 and was the President in 2015 and Chair in 2019. Mr Nambiar likes to listen to soft music in his free time.

On being elected as Vice Chairperson, Devesh Sachdev said it is indeed an honor to be on the Board of MFIN once again.

“Microfinance sector today stands much taller in stature and is seen as a lead avenue to further the cause of financial inclusion. Looking forward to further strengthening the sector to harness the scale and technological advances to create a solid platform of trust in the entire ecosystem and overcome challenges as we reach out to many more underserved customers across the length and breadth of our country,” said Devesh Sachdev.

Devesh Sachdev is the co-founder and CEO of Fusion Microfinance Pvt Ltd. He is anXLRI post graduate with an experience of over 19 years in varied sectors of Banking, Logistics and Microfinance, and he co-founded Fusion in 2010. Under his leadership, Fusion has grown to a client base of 1.85 MN clients with a portfolio size of 3,600 Crs in 18 states of India. His long term vision and executing strategy validated by the marquee PE firm Warbug Pincus’s decision to choose Fusion to make its first investment in the Indian Microfinance arena in 2018.

His unwavering conviction on upholding organizational value system has enabled Fusion to strive despite a volatile and turbulent environment which the sector has faced intermittently over the last decade. Devesh has served various Boards since 2008, and he got elected as Vice President of MFIN in 2017. He has represented the sector in diverse forums and platforms to create a healthy and positive outlook.

Devesh Sachdev got awarded as the ‘50 Fastest Growing CEOs of India’ by ‘The CEO Magazine’ in 2018. He is a strong advocate of agile transformation and digital innovation for employee-centric seamless operations which made Fusion the “Best Workplaces in MFI” in its debut year of GPTW certification with 66th position in top 100 workplaces in India.

MFIN is a premier industry association comprising 55 NBFC-MFIs and 39 Associates including Banks, Small Finance Banks (SFBs) and NBFCs. It is also the Self-Regulatory Organization (SRO) for the regulated NBFC-MFI.

By virtue of bringing the NBFC-MFIs under one common umbrella, MFIN acts as a bridge between them and the regulators to build a dialogue for greater transparency, better policy frameworks and stronger client protection standards for responsible lending, thus enabling the microfinance industry to partake in meeting the larger financial inclusions goals.