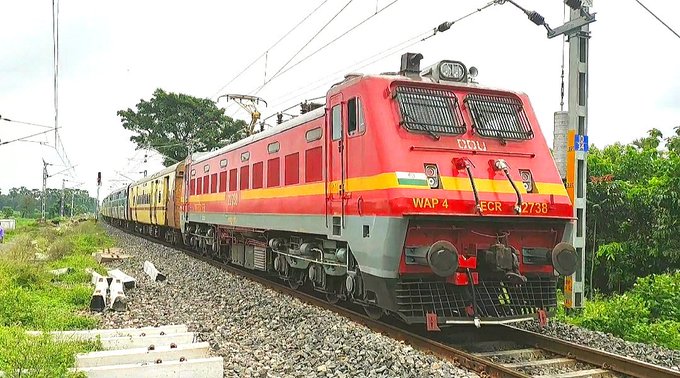 Hyderabad, NFAPost: The Minister of Railways and Commerce & Industry Mr Piyush Goyal reviewed the steps to promote Make in India products in procurement process of Indian Railways as well as in the Government of India.

During the meeting, Shri Piyush Goyal urged to take measures to generate confidence in industry of corruption free and transparent procurement environment on Indian Railways.

It was also decided to that local content clause in the procurement should be such that we may get more bids from local vendors/suppliers.

This would also give a boost to mission Atma Nirbhar Bharat. Active support of DPIIT was sought to make suitable policy revisions, if required, to facilitate the efforts of Indian Railways in this direction.

It was felt that encouragement needs to be given to such vendors who can supply higher locally manufactured content. It was also suggested to create a FAQ section and a helpline number so that vendors may get clarity on various issues relating to the procurement process.

A detailed presentation was made by the Member (Materials Management), Railway Board on enhancing Make in India and steps being taken to procure through GeM along with the progress made.

The review meeting was also attended by Minister of State of Railways Suresh C Angadi, Railway Board Members, CEO/GeM and representatives of DPIIT, Ministry of Commerce.

A need for devising strategies for further increasing the participation of Indian service providers and component manufacturers was felt. Government e-Marketplace (GeM) is a highly innovative idea in public procurement, across the globe. Goyal emphasised the need to do Railway goods and services procurements of approximately Rs 70,000 crores on GeM platform to open up the market to the industry even at remote places and especially MSMEs.

Indian Railways, one of the largest procurement agencies of the Government of India, is integrating its procurement systems with GeM to use GeM’s full potential.

The department shared the timelines for integration of Indian Railway e-Procurement system with GeM. Railway emphasised the need to have a seamless integration of the two systems eliminating need for any manual interface.
Strength of both the systems i.e. Railways IREPS and GeM should be productively leveraged to generate synergy to take the Railways procurement to GeM’s full potential.

Post integration GeM is intended to move further in the direction of becoming single point public procurement portal for all agencies of Government of India.

During the meeting ways and means to create a corruption free public procurement environment in India were discussed in which Ministry of Railways, DPIIT and GeM have extremely important roles to play.

The need for engagement of industry for developing more indigenous vendors to participate in the growth journey of the Indian Railways was emphasised in the deliberations.

During the presentation, it was decided that Railways would work more towards having a user-friendly single step vendor web-based interface for all its activities.