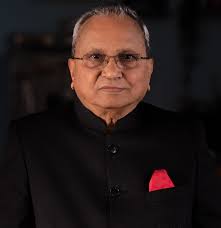 Bengaluru, NFAPost: EEPC India has approached the Commerce and Industry Minister Piyush Goyal, seeking his intervention for restoration of  benefits for exporters  under the MEIS scheme , stopped  by the Revenue Department.  ”  Exporters do factor in external volatility and can often sense such changes.

In a letter to the Commerce and Industry Minister EEPC India Chairman Mahesh K Desai asked the government what is difficulty in factor in is sudden internal policy changes and especially those which have retrospective effect.

“Exporters have priced in their MEIS benefit after the Government announced that MEIS benefit will be extended till December 31, 2020. And now suddenly to stop it will have an extreme adverse impact on exporters’ ability to survive in these difficult conditions, ” stated in his EEPC India Chairman Mahesh K Desai.

EEPC India is the apex body of engineering exporters who contribute 25% of the country’s total exports. Highly employment-oriented in nature, engineering exports are reeling under the impact of the global pandemic.

EEPC India Chairman Mahesh K Desai pleaded with the Commerce and Industry Minister for the resumption of the MEIS benefits , stating that the scheme has played an invaluable part in not only maintaining our exports globally but also in diversifying our exports market.

“Furthermore, the MEIS scheme has neutralised some of the taxes and para taxes embedded in the production of exported goods and hence it is in some sense a legitimate quasi refund of taxes,” said EEPC India Chairman Mahesh K Desai.

He said the MEIS should not be stopped without replacing it with the alternative scheme of RODTEP. The exports performance depends upon a number of factors including external demand,  relative currency depreciation vis-a-vis competing countries; logistical and other transaction costs, compared to  competitors like China.

MEIS benefit has significantly helped Indian engineering exporters maintain their competitiveness. This is more so, since over 90 per cent of the engineering exports are either low or medium value-added products.

ASUS Boosts Its Pan-India Omnichannel Strategy for the Festive Season