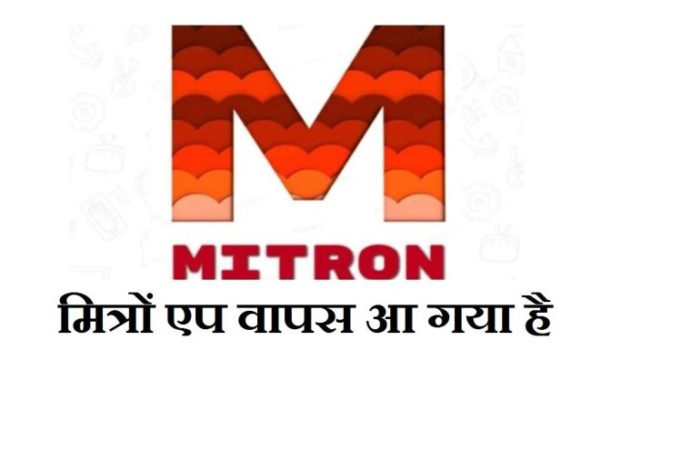 Bengaluru, NFAPost: Mitron, a short-form video app, has garnered a massive viewership on its platform with a total of 9 billion videos viewed in one month since the government’s ban on Chinese apps. The company also announced that Mitron app crossed 33 million downloads on Google Store.

Speaking on the development, Mitron Founder & CEO Shivank Agarwal said the idea behind the development of the app was to provide a platform that lets users upload and watch an array of short videos.

“It is heartening to see the app popularity gained by Mitron within a short span of time. It is incredible to see millions of new videos created on the Mitron platform. We thank all our users who have been using this app as their daily dose of entertainment,” said Mitron Founder & CEO Shivank Agarwal.

“We are seeing strong traction from smaller cities and towns across the country, with towns like Karnal, Hubli, Bhavnagar, Aligarh, Ludhiana and Vijayawada clocking more than 100,000 users,” Mitron Founder & CEO Shivank Agarwal added.

Mtron co-founder & CTO Anish Khandelwal said while user growth is very encouraging, the company is keenly focusing efforts on increasing engagement and retention of the users.

“On an average each user is watching 80 videos per day and with many new product features, we are confident of increasing engagement further,” said Mtron co-founder & CTO Anish Khandelwal.