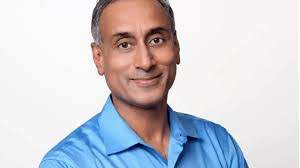 Prabhakar Raghavan has now been elevated as the head of Search and Assistant while he continues to head the Ads and Commerce section as an ideal replacement to Ben Gomes. The latter is now assigned a new role in various Google education and learning initiatives, the Search Engine Land reports citing an internal email from Alphabet and Google CEO Sundar Pichai.

“For Prabhakar, this new role brings his experience with search full circle. He’s spent more than two decades obsessing over algorithms and ranking, and his association with Google Search predates Google,” writes Pichai.

“He published a foundational text on search and then went on to lead search teams at IBM and Yahoo. He joined Google in 2012 and – prior to his current role – worked with teams in Research, Geo and Google Apps,” he added.

Raghavan has been supervising Google’s advertising and commerce business since 2018 while his role included supervision of search, display and video advertising, analytics, shopping, payments and travel divisions.

Previously, he served as vice president of Google Apps and Google Cloud, supervising its engineering, user experience and product divisions.

Meanwhile, Jerry Dischler has been promoted to take over the search giant’s advertising business while reporting directly to Raghavan. He currently heads the product and engineering team for the company’s ads business.

In contrast, Ben Gomes who earlier headed Google Search operations, has been assigned to work on Google’s flagship products and core user experiences as part of the company’s learning initiatives in education and arts & culture.

“Ben will remain a product and technical advisor on Search and will also partner closely with Google.org on the product and technical initiatives related to our corporate philanthropy priorities” chief executive Sundar Pichai told employees in an email that was reproduced by Search Engine Land.

Jen Fitzpatrick will replace Dischler as the new head of Google’s core engineering team with around 8,000 employees, after working with Google’s Geo team for more than a decade.