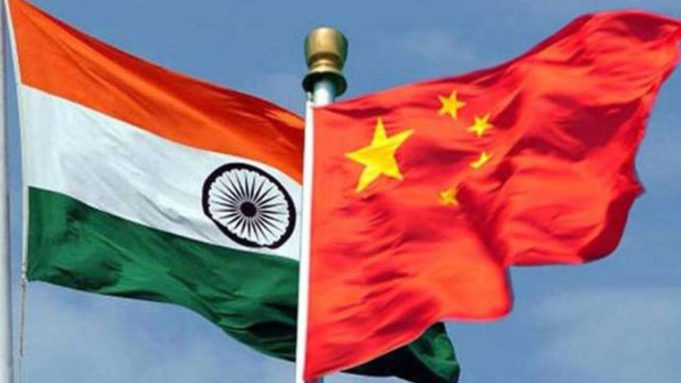 August 5th 2020 marked an important day in the history of India. After centuries of religious struggle and legal battles fought between different religious outfits and political organisations, the current Prime Minister Narendra Modi laid the foundation stone of the grand Ram Temple in the historical city of Ayodhya, which is considered to be the birth place of Lord Ram.

While addressing the crowds of saints and other dignitaries present at the inaugural ceremony, Prime Minister Modi stated that “Lord Ram is everywhere and he belongs to everyone”, he also pointed out that the legend of Lord Rama not only exists in different parts of India but can also be traced to distant cultures like Indonesia, Cambodia, Laos, Malaysia, Thailand and Sri Lanka.

Adding to this, he mentioned that references to Shri Ram are also found in Iran and China. Under the current scenario
when tensions are soaring high between India-China and deadly border clashes have marked a turning point in bilateral ties, this statement of Prime Minister Modi makes us to recall the glorious history of exchanges between the two nations, which apparently seems to be forgotten by both sides in the modern era.

One of the two most important ancient epics of India, Ramayana serves as a binding force between various cultures of the Indian civilization and has immense influence on other regional cultures in the world, especially in South Asia. Owing to its geographical proximity with India, Tibetan culture has culturally been influenced by India and a version of ‘Tibetan Ramayana’ exists which is slightly different from the Valmiki Ramayana.

At the beginning of 20th century, six incomplete Tibetan manuscripts of Ramayana were discovered in the Mogao Grottoes of Dunhuang, a city of immense historical importance on the ancient Silk Road. Contrary to the popular belief, these manuscripts have no Buddhist influence at all which goes to show that the two nations across the Himalayas interacted much before the advent of Buddhism into China.

Travelogues of renowned Chinese monks such as Faxian (337-422 AD) and Xuanzang (602-664 AD) also mention about the ancient city of Ayodhya. In his book “Record of the Buddhist Kingdom”, Faxian illustrates about Saketa (another name for Ayodhya during Kosala Kingdom) which he visited during the 5th century AD. In “Great Tang Records on the Western Regions”, based on the travel records of Monk Xuanzang, there is a mention of him visiting Saketa in 636 AD which was then the seat of Yogachara School.

The advent of Buddhism into China from India fostered the cultural exchanges between the two civilizations. Revered Indologist Prof. Ji Xianlin states that the story of Ramayana and Lord Rama can be traced back in two ancient Buddhist texts which were translated into Chinese and later the original Sanskrit text was lost in India.

The Chinese translation of ancient Buddhist text Saṃyukta Ratna Piṭaka Sutra mentions the story of King Dashratha who exiles his son Rama into the forest on behest of the calumny by his third wife, Lakshmana accompanies him in the forest and in the end they return back to their kingdom. In this story there is no account of Goddess Sita, wife of Lord Rama.

In another Buddhist text “Six Perfection Sutra” there is a Jataka tale of a King who abandons his kingdom with his wife. His wife gets abducted by the Dragon King of the sea and he sets off to rescue her. During the journey to find his wife, he meets a giant monkey with whose help he defeats the Dragon King and rescues his wife.

During one instance in the story the Dragon King transforms himself into a ten-headed demon, drawing parallels from the ten-headed demon king Ravana of Valmiki’s Ramayana. Great emphasis is given in both the stories to portray Rama as an obedient son which resonates with the idea of filial piety of traditional Confucian school, showing how the story got assimilated in the Chinese culture.

Influence of Ramayana can also be seen in the cultures of various ethnic minorities in China. The Dai ethnic group living in the Yunnan province of China share cultural lineage with Burma and Thailand. There are various versions of Lord Rama’s story popular amongst this ethnic group, each slightly different from the other due to oral transmission from one generation to other.

The most popular version is the heroic tale known as “Lanka Xihe” in which the name of characters is almost similar to that of Valmiki’s Ramayana. In this tale the protagonist Langma (Rama) spends twelve years in exile which is different from the fourteen year exile in Valmiki’s Ramayana. This might be an influence of Chinese zodiac culture which is based on a twelve-year cycle, with each year related to an animal, thus twelve years symbolize completion of one full circle.

The latter half of the tale is completely different from the Indian version, it mentions of a ferocious battle between two kingdoms which comes to an end with a marriage alliance. Scholars believe that this part is an original recreation of the story by Dai ethnic group. The Tibetan texts on Ramayana which were translated in Mongolian language are still popular amongst the Mongolian ethnic groups in the Inner Mongolia province. Xinjiang province of China which once a flourishing land of Hinduism and Buddhism, also has variants of Ramayana in ancient languages like Khotanese and Tocharian.

Another important character of Ramayana which has a profound impact on Chinese culture and literature and could be found in different variations all over China is that of Monkey God Hanumana. One of the four great classical novels of China “Journey to the West” written by Wu Cheng’en in the 16th century during the Ming Dynasty is a supernatural representation of the exploits of Monk Xuanzang during his journey to the ‘western heavens’ (referring to India) to
obtain Buddhist scriptures.

However, the character of Xuanzang is overshadowed by his four disciples who accompany him during the tedious journey. The most influential of these four disciples is the monkey king Sun Wukong who possesses supernatural powers. Sun Wukong has striking similarities with Hanumana, both possess superhuman powers such as transforming shapes and flying in the air.

Hanumana’s main weapon Gada (mace) and Sun Wukong’s weapon Jingu Bang (magical golden rod) are also of utmost resemblance. Both these characters are loyal companions and ardent devotees of the main protagonist in the respective stories. In 1923, Hu Shi, a famous Chinese writer said: “I have always believed that this monkey with magical powers is
not of local origin but it is imported from India.” Reflections of Hanumana and other Hindu deities can also be found in the Kaiyuan Temple, located in the Quanzhou city of Fujian Province and in the murals of Mogao grottoes of Dunhuang.

Today when the bilateral ties of India and China stand at the crossroads, we need to look back and draw lessons from the glorious history of cultural exchanges between the two great ancient civilizations. Lord Rama stands as an everlasting example of universal harmony and responsible social order.

In the present scenario of diplomatic constraints and unrest, Ramayana can teach us basic values of unprejudiced leadership and ideal brotherhood. At this crucial juncture, the two nations should adhere to the principles of inclusion and peaceful coexistence and work together for the rejuvenation of the Asian century.