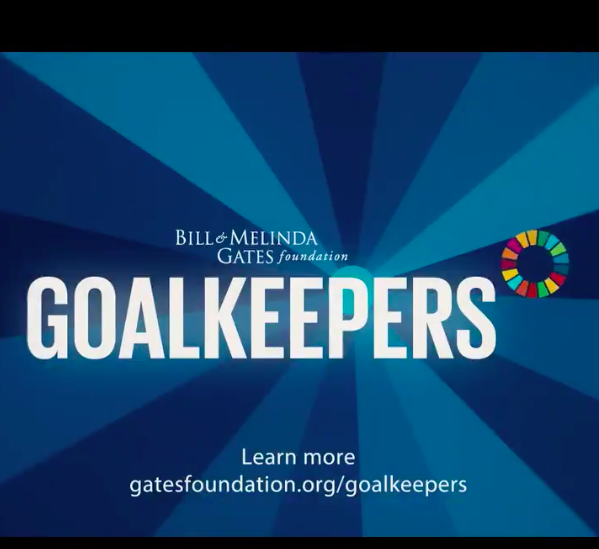 The report provides the most current global dataset for how the pandemic is affecting progress toward the Global Goals. It shows that by nearly every indicator, the world has regressed. Because of Covid-19, extreme poverty has increased by 7%. Vaccine coverage, a good proxy measure for how health systems are functioning, is dropping to levels last seen in the 1990s, setting the world back about 25 years in 25 weeks.

Economic damage from Covid-19 is reinforcing inequalities. The pandemic has had a disproportionate impact on women, racial and ethnic minority communities, and people living in extreme poverty.

Around the world, women are facing an increased burden from rising demands in total unpaid care work and experiencing the majority of job losses. In the United States, the percentage of Black and Latinx people who say they cannot pay their rent is twice the percentage of white people.

Despite the bleak projections, Bill and Melinda Gates describe a path to ending the pandemic and resuming progress toward the Global Goals. In the report, which they co-author every year, they call on the world to collaborate on the development of diagnostics, vaccines, and treatment; manufacture tests and doses as quickly as possible; and deliver these tools equitably based on need rather than the ability to pay.

There are currently several viable strategies to help achieve an equitable outcome, including the Access to Covid-19 Tools (ACT) Accelerator, the most serious collaborative effort to end the pandemic, which brings together proven organizations like Gavi, the Vaccine Alliance and the Global Fund to Fight AIDS, Tuberculosis and Malaria.

Bill and Melinda Gates state the response to the Covid-19 pandemic has shown the world some of the best of humanity.

“It includes pathbreaking innovation, heroic acts by frontline workers, and ordinary people doing the best they can for their families, neighbours, and communities. This is a shared global crisis that demands a shared global response,” states Bill and Melinda Gates.

The report makes clear that no single country will be able to meet this challenge alone. Any attempts by one country to protect itself while neglecting others will only prolong the hardships caused by the pandemic. Developing and manufacturing vaccines will not end the pandemic quickly unless they are delivered equitably.

According to modeling from Northeastern University, if rich countries buy up the first 2 billion doses of vaccine instead of making sure they are distributed equitably, then almost twice as many people could die from COVID-19.

The International Monetary Fund projects that, despite the $18 trillion already spent to stimulate economies around the world, the global economy will lose $12 trillion or more by the end of 2021—the biggest global GDP loss since the end of World War II.

In some countries, spending on emergency stimulus and social protection has prevented worse outcomes. But there are inherent limits to what low- and middle-income countries can do to safeguard their economies, regardless of how effectively those economies have been managed.

Despite these constraints, countries are innovating to meet the challenges. More candidates for vaccines and therapeutics are being developed faster than ever. Pandemic-focused innovations include contact tracing in Vietnam and pooled testing in Ghana, while new or improved digital cash transfer programs are reaching 1.1 billion people in 138 countries.

The Africa Centres for Disease Control and Prevention and dozens of partners launched the African Medical Supplies Platform in June to ensure that countries on the continent have access to affordable, high-quality, lifesaving equipment and supplies, many of which are manufactured in Africa. Bill and Melinda Gates believe Covid-19 is a true test for the global community.

Melinda Gates said one of the most troubling things about this pandemic is that by disrupting health systems and the global economy, it’s starting to erase the progress people have made toward living healthier, more productive lives.

“Our report highlights actions the world can take to turn things around. Researchers are very close to developing safe, effective coronavirus vaccines, but breakthrough science must be met by breakthrough generosity. We need leaders in government and the pharmaceutical industry to ensure that everyone, regardless of where they live, can access these vaccines. And we’re hopeful that will happen,” said Melinda Gates.

Bill and Melinda Gates began learning about and donating money to public health more than 20 years ago, after reading a story about how hundreds of thousands of kids living in poverty were dying of diarrhea, something that was easily treatable in the United States. Today, because of global coordination and commitment, 4.5 million fewer children are dying each year from preventable diseases compared to 2000.

Guided by the belief that every life has equal value, the Bill & Melinda Gates Foundation works to help all people lead healthy, productive lives. In developing countries, it focuses on improving people’s health and giving them the chance to lift themselves out of hunger and extreme poverty.

In the United States, it seeks to ensure that all people—especially those with the fewest resources—have access to the opportunities they need to succeed in school and life. Based in Seattle, Washington, the foundation is led by CEO Mark Suzman and Co-chair William H. Gates Sr., under the direction of Bill and Melinda Gates and Warren Buffett.

Goalkeepers is the foundation’s campaign to accelerate progress towards the Sustainable Development Goals (Global Goals). By sharing stories and data behind the Global Goals through an annual report, we hope to inspire a new generation of leaders—Goalkeepers who raise awareness of progress, hold their leaders accountable, and drive action to achieve the Global Goals.

On September 25, 2015, at the United Nations headquarters in New York, 193 world leaders committed to the 17 Sustainable Development Goals (Global Goals). These are a series of ambitious objectives and targets to achieve three extraordinary things by 2030: end poverty, fight inequality and injustice, and fix climate change.