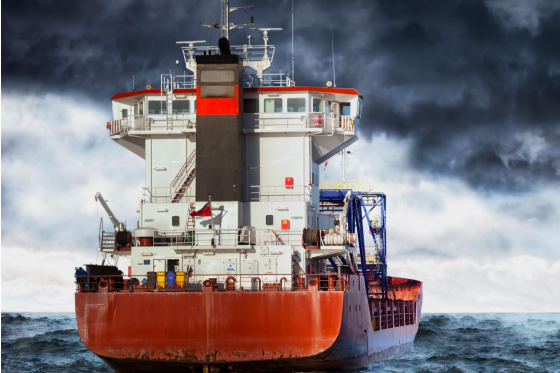 The disruption in global trade brought on by the Covid-19 pandemic has landed the shipping industry in troubled waters.

Charter rates of dry bulk and containers carriers have borne the brunt of the economic slowdown as demand dried up. Worse still, the outlook for these segments remains bearish for the rest of the year. Yet, tanker owners are smiling.

That’s because a crash in crude oil prices earlier this year had led to a situation known as ‘oil contango’, wherein
the price of an oil futures contract exceeds the spot price. This sparked a rush for booking vessels to be used as
floating storage.

Thus, even as dry bulk and container rates wallowed, tanker charter rates were ~44% higher on-year in the first
half of 2020.

Widespread lockdowns in major crude oil-consuming economies such as India and the United States have reduced consumption of petroleum products in these regions, impacting crude oil demand.

In India, despite some recovery following a gradual unlocking, fresh cases and re-imposition of lockdowns limited
petrol and diesel consumption in India to roughly 75% of the pre-pandemic level.

The US seems to be in the same boat as India, with gasoline demand dropping a staggering 23% on-year in June,
taking consumption to roughly 80% of its pre-pandemic level. The situation is expected to remain bleak as prospects of recovery remain uncertain.

Some improvement is likely as economies start opening up gradually. An improvement in China’s imports, coupled
with a pick-up in crude processing capacity to 1.92 MT per day in July from about 1.65 MT in February this year, for instance, might indicate a revival in demand.

Having said that, crude oil trade is still expected to end 2020 lower by 3-5% compared with the previous year due
to weak consumer demand.

While this is likely to be a short-term trend, it has weighed on iron ore procurement in the second quarter to a certain extent. On the domestic turf, a slump in power demand led to a 15% on-year drop in offtake of coal for power plants in July 2020. Key importers are expected to remain focussed on catering to reduced demand by domestic production to a large extent.

Looming recession takes the steam out of containers trade

Container traffic across major trade lanes has reduced due to lower consumption demand from western economies such as the EU and the US. To put things in perspective, personal consumption expenditure in the US fell 10.2% on-year in the second quarter of 2020, indicating a slump in consumption demand, which ultimately impacts trade.

The situation is expected to improve slightly for container trade in the next few quarters, but on-year numbers will still be lower given a looming recessionary environment, which dents chances of a faster recovery in trade. China’s exports to major economies remained under pressure in H1 2020.

Pandemic to impact net fleet addition and order book for 2020

Fleet additions and order book for 2020 are expected to be lacklustre as owners focus on maintaining lower utilisation of their current fleet amid the pandemic.

Tankers to cushion blow to industry

Given that the tanker segment constitutes a large chunk (63%) of the Indian fleet, the surge in tanker rates provides some cushion to a drop in revenue.

However, the oil contango that made traders and countries rush towards floating storage is now tapering and rates are expected to be streamlined with the demand-supply dynamics of global trade.

We expect Indian shipping players’ revenue to decline 9-11% due to reduced trade globally. A reduction in fuel costs will be of little advantage to the players because of low trade.

That said, the healthy debt profile of major players is likely to help them survive the pandemic storm that is expected to result in lower revenues and impact margins.