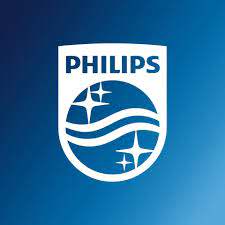 Bengaluru, NFAPost: Royal Philips, a global leader in health technology, and the Philips Foundation, with its mission to provide access to quality healthcare for disadvantaged communities through innovation, together with UK-based charity Global Action Plan reveal new analysis by Queen Mary University of London (QMUL) that shows if outdoor air pollution is halved, there could be up to a 20-50% reduction in the number of children with poor lung function across the UK and Republic of Ireland.

The analysis also finds the reduction in air pollution seen during the country-wide lockdown leads to asthma exacerbations in children all but disappearing.

Based on this analysis, a coalition comprised of Global Action Plan, the Philips Foundation, Living Streets, Modeshift Stars and Mums for Lungs, with the support of Philips and the National Association of Head Teachers (NAHT), are collaborating for nationwide action by the Government and local authorities to improve air quality at schools, driven by a legally binding target to meet World Health Organization limits.

To support the movement, Global Action Plan and the Philips Foundation, with the endorsement of Philips, have launched “The Clean Air for Schools Framework”. The framework is a free online tool that gives teachers, headteachers, parents and local authorities a bespoke blueprint of actions for tackling air pollution in and around the school. This is drawn from its database of 50 actions that have been validated by a mix of existing research, academic insights from the University of Manchester and in school air quality testing.

The tool is particularly important for schools in air pollution hotspots across the UK and the Republic of Ireland.  It will enable them to reduce air pollution from their own operations, educate the next generation to help them and their families make cleaner air choices and become a local leader on air pollution, working with partners to improve air quality in the local area.

Around a quarter of all morning, rush-hour car trips during school term time comprise school run traffic, increasing emissions outside schools. A clean air program implemented by the London Borough of Hackney, pioneer of School Streets and one of the leading community grassroots initiatives proactively tackling air pollution, shows the significant improvements that can be made through these programs.

The first four School Streets launched in the borough showed that traffic reduced by an average of 68%, the number of children cycling to school increased by 51%, and vehicle emissions outside schools (NOx, PM10 and PM2.5) are down by 74% as a result of the schemes [3].

Global Action Plan Co-CEO Chris Large said protecting today’s generation of school children against the toxins carried by air pollution is not only imperative to preventing damage to children’s daily health but also to reduce the impact of this and future pandemic.

“Local authorities must take advantage of free tools such as the Clean Air for Schools Framework, as the analysis by Queen Mary University of London shows, air pollution impacts the daily lives of so many children. But they must act now. Therefore, protecting today’s generation of school children against the toxins carried by air pollution is not only imperative to preventing damage to children’s daily health but also to reduce the impact of this and future pandemics,” said Global Action Plan Co-CEO Chris Large.

Philips UK and Ireland Director Personal Health Mark Leftwich said as school children continue to settle into classrooms this autumn, now there is a once in a generation opportunity to tackle poor air quality head-on.

“It is vital we take immediate action to protect public health from significant future health crises, which ongoing research shows can be worsened by air pollution in a patient with underlying respiratory issues. Setting long-term targets for emissions is welcome, but we cannot wait another 20 or 30 years for proposed targets to take effect. Doing so would compromise the health of the most vulnerable communities for decades to come – which crucially includes our children,” said Philips UK and Ireland Director Personal Health Mark Leftwich.

To demonstrate the impact air pollution has on children’s lungs, the campaign is showcasing new infra-red images of children’s sputum, which show the pollutants found in the lungs. “Airborne” by artist Sarah Stirk is a multimedia project focusing on air pollution’s impact on the health of children in London.

It utilizes microscopic images of black carbon i.e., particulate matter, in children’s spit, data maps showing pollution levels and new infrared images of children. Campaigners will use the new assets as a means of making the invisible visible to put added pressure on local authorities across the UK and Ireland to take urgent action