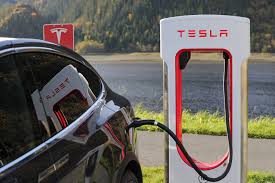 Bengaluru, NFAPost: Tesla chief Elon Musk is in talks with the Karnataka government seeking its approval to set up an R&D centre in Bengaluru.

The Electric car maker had earlier expressed its interest in establishing its presence in India which is the world’s fourth-largest automobile market. But, the company had shelved the proposal for some time owing to the country’s restrictive policy on foreign investments and its emphasis on Make in India products.

According to The Economic Times report on Monday, an unidentified Tesla official had this to say: “The first proposal is for an R&D centre and we have already had at least two rounds of discussions.”

Tesla’s investment proposal to set up an R&D centre in Bengaluru brings great future prospects to the fast-developing economic hub of Karnataka, which comprises of key R&D centres in sectors like biotech, information technology and aviation.

John F. Welch Technology Centre (JFWTC), IBM and Samsung are among the top few R&D centres being established in the Silicon City of India. Tesla’s proposal has finally born fruition just a year after Elon Musk showed his intent to explore a potential market for making his world famous electric cars.

The report adds that the India head of Tesla is scheduled to hold further talks with the industries commissioner of Karnataka later this month.

Meanwhile, IKEA (Swedish furniture retail giant) from Ingka Group had recently hinted at the idea of opening its new global office in Bengaluru to monitor its activities in Global Business Operations, Digital and Centres of Expertise (CoE).

Karnataka has finally received a boost to its development prospects amid a slowing economy due to the setbacks caused by the Covid-19 induced lockdown. The state is apparently seeking out new ventures and investment prospects from migrating Chinese companies with the help of a dedicated task force to bail out a budding economy from distress.