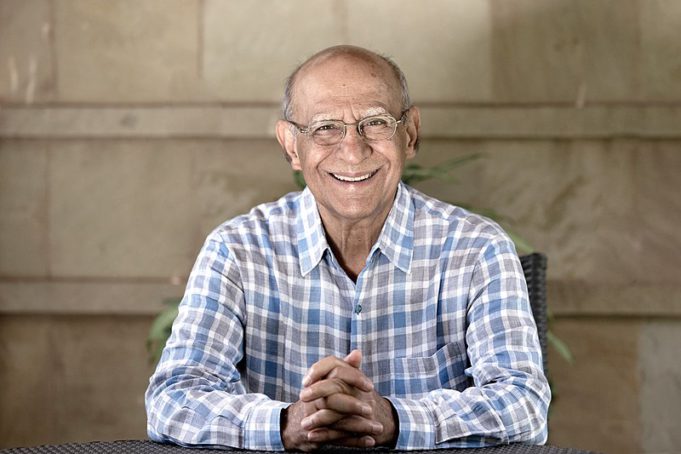 Bengaluru, NFAPost: Ashok Soota, mercurial IT services entrepreneur, is brimming with happiness and it is now overflowing as the company’s IPO received an overwhelming response and oversubscribed 150 times.

In an interaction with NFAPost, Happiest Minds co-founder Ashok Soota had once said starting the Happiest Minds gave him ultimate happiness in his journey as an IT services startup entrepreneur.

“When I started Happiest Minds in 2011 I was at the zenith of happiness as it opened up ways to serve customers in the era of digital transformation. We founded Mindtree by bringing in 1999 bringing together minds for happiness,” said Ashok Soota. Ashok Soota co-founded Mindtree in 1999 after serving Wipro fro more than a decade.

Now when Happiest Minds got listed on the Bombay and National Stock Exchanges after SEBI approval Ashok Soota is, even more, happier than when he started the company.

“Happiest Minds was built on the foundation of our Mission statement ‘Happiest People . Happiest Customers’ and our SMILES Values which have enabled us to build an Institution,” said Ashok Soota.

He brought to the attention the fact that Happiest Minds was the first company in India to file an IPO after the lockdown and the entire process was executed digitally.

“This Smilestone would not have been possible without the support of our valued customers, our dedicated team and the goodwill of many thousands around the world.  We express our gratitude to all,” Ashok Soota said in a statement.

He also said he is humbled to share the overwhelming response we received for the Happiest Minds initial public offering (IPO).

“It was oversubscribed 150 times and had a record price increase on listing day.  The market valuation imposes a huge responsibility on us.  Of course, it is backed by growth rate double of industry levels and results better than companies even 10 times our size.  I believe the market also gave us a premium for expected Corporate Governance.

The IT veteran also pointed out that the happiness and culture of the company is evidenced by the multiple recognitions from the Great Places to Work (GPTW) Institute for several years including top 4 in IT Services for last 2 years.

“Our happiest people have contributed to creating our happiest customers as evidenced by our Net Promoter Score (NPS) of 51. Happiest Minds has a tradition of recognizing our Smilestones with a donation of meals to Akshaya Patra for their mid-day meal program.  We had set a goal of 2 million meals by IPO and have already crossed 1.5 million meals.  We will now contribute 500,000 meals to reach our goal,” he said.

Ashok Soota said the IPO is a new beginning for Happiest Minds as the company is expanding its footprint to serve its customers across the globe.

“We have outstanding leaders who comprise of our Executive Board, ably supported by our Business Unit COOs, President-Operations, the CTO organization, Centers of Excellence, Field Sales Organisation and all supporting functions.  We look forward to your continued support as we proceed on our exciting journey and strive to meet the expectations of our new shareholders,” said Ashok Soota in a statement.