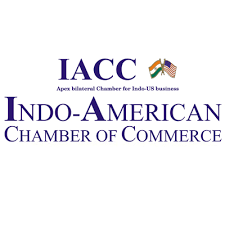 Mumbai, NFAPost: Simpler, cleaner land acquisition and development were crucial for India’s growth as the next world-class manufacturing hub, summarised the panel discussion organised at the 16th Indo-US Economic Summit on Thursday.

Despite the pandemic and economic slump, these factors would allow India to emerge from the circumstances and occupy the place formerly held by China soon, they felt.

Speaking at the function, Lodha Developers Managing Director and CEO Abhishek Lodha said land in India has always been a complex subject with a multitude of state, central and common laws around it.

“The ease and availability of land and space are important for establishing manufacturing businesses here, whether they are American businesses moving to India or domestic manufacturers. Specifically, there are five key factors of importance to them – clean land titles, easy approvals, good-quality (rail, road and air) connectivity, proximity to add-quality infrastructure and proximity to urban centres,” said Lodha Developers Managing Director and CEO Abhishek Lodha.

“With close proximity to JNPT port, dedicated freight railway lines & the upcoming Navi Mumbai airport, and partnerships with global leaders like ESR, PIP is a good spot for companies looking to capitalise on the booming consumer base and high-quality talent pool in western India,” said Lodha Developers Managing Director and CEO Abhishek Lodha.

The problem, the panellists held, begins with land records and titles, before we even move to the issues around the sale and the measures used for acquisition. In ten of our 28 states, a physical visit to the Registrar’s office is necessary, to access land titles and land records.

Then comes the disputes around land acquisition, be it government-aided acquisition or private acquisition. In our country, land-related disputes form 60 to 70 per cent of civil litigation.

ESR (E-Shang Redwood) Co-Founder and CEO Stuart Gibson said running a business in India, one which involves land, requires a sense of local cooperation too.

“The three components of GDP, Agriculture, Services & Industry, currently at about 15%, 62% & 23% respectively, will need land disproportionately as the economy doubles. The agricultural need for land will go down due to technology and land pooling,” said IACC – West India Council Regional President Naushad Panjwani.

IACC – West India Council Regional President Naushad Panjwani also pointed out that the services sector itself will contribute lesser in percentage terms as wages rise, and companies migrate to cheaper destinations as also the issue of land for services can be quickly resolved through the increase of FSI and better connectivity.

“It is Industry, already facing challenges, which will see a bottleneck because of the dearth of availability of land. Factories need horizontal footprint and scalability, which cannot be solved by increasing FSI. It will require a mix of government will, judicial reforms and a collective & collaborative participation of stakeholders” said IACC – West India Council Regional President Naushad Panjwani.

Apart from land acquisition, the day also saw conferences around legal services, skill development, agro and food processing, energy, infrastructure and logistics. Due to the current circumstances, IACC had organised this Summit in a rare, online-only avatar.