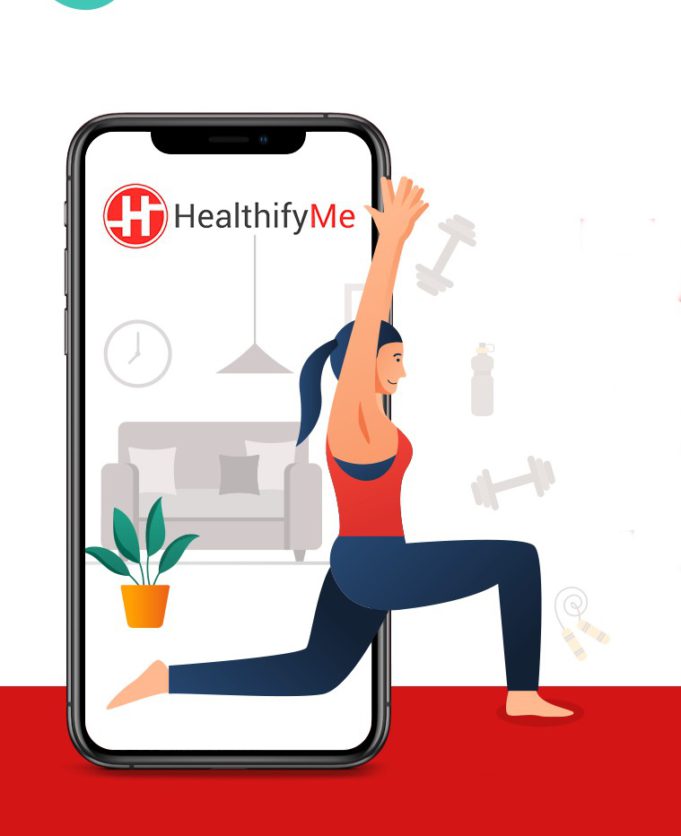 Bengaluru, NFAPost: HealthifyMe, India’s leading AI health and fitness app, announced that it crossed USD15 million run rate in August and is on track to cross $20 million run rate by January with nearly 20%of its revenues coming from outside India.

The company has nearly doubled its active paid subscriber base since April to 1,00,000 customers while its downloads have crossed 16 million.

Current times have provided tailwinds with people becoming conscious about eating right and getting fitter due to the increased hospitalization and mortality risk among those who are obese or suffer from lifestyle diseases like blood pressure or diabetes.

Most of HealthifyMe’s growth has happened on the back of its AI powered low-cost Smart Plans as well as its doctor-integrated Coach Plus plans. The company has also reduced its burn by half in these 6 months. While India business has been operationally profitable since April – it expects to achieve overall EBITDA profitability for India in next 12 – 18 months.

In 2019, HealthifyMe transformed itself from a services platform to an AI company with the launch of Smart Plans. Smart Plans are diet and workout plans designed by AI assistant Ria and available at a fraction of the price of HealthifyMe’s flagship coach plans.

Covid times have witnessed massive growth in Smart Plan adoption due to their low barrier to entry and a DIY approach that appeals to the younger audience. Smart Plans are now contributing to 70% of HealthifyMe’s paid 100k subscriber base.

HealthifyMe is already a top app in Southeast Asia besides India and has managed to successfully adapt these AI plans to the Chinese and Malay communities in Malaysia and Singapore based on their local language and cuisine preferences.

The company’s Coach Plus plans launched in late 2019 have also shown significant growth, with fitness and disease reversal being the first priority for subscribers.

These plans are customized to control lifestyle diseases like Diabetes, Hypertension and Cholesterol and offer access to a dedicated diet and fitness coach along with doctor’s consultations for inclusive guidance. HealthifyPlus plans are already contributing a quarter of the overall coach plan revenues.

HealthifyMe Smart and Coach plans have demonstrated empirical results – an average customer loses about 4.5 kg of weight and 80% of them see a measurable reduction in lifestyle disease indicators such as Hba1c, FBS for diabetes VLDL, LDL for Cholesterol and TSH levels for Thyroid.

HealthifyMe Co-founder and Chief Executive Officer Tushar Vashisht said Smart Plans have been a game changer for the company.

“Today, we are able to offer world-class fitness and diet solutions to hundreds of thousands of customers globally at an affordable price point rendered by AI. On the consumer side, the demand for our subscriptions has also gone to an all-time high, as more and more people are looking to get fitter and eat right,” said HealthifyMe Co-founder and Chief Executive Officer Tushar Vashisht.

HealthifyMe Co-founder and Chief Executive Officer Tushar Vashisht said all this has set us on the path of strong growth and profitability which we see sustaining ahead as the importance of being healthy and fit continue to rise.

In April 2020, HealthifyMe also launched HealthifyStudio marking its entry into the online home workout space. The company has built a team of national and international trainers who train customers in a wide variety of workout genres, including Strength & Conditioning, Dance Fitness, Ashtanga Yoga, and Zumba. It is now busy scaling HealthifyStudio internationally as well.

HealthifyMe is India’s largest digital wellness platform catering to more than 17 million users in 300+ cities with over 500 coaches. The HealthifyMe app is top rated on Playstore and Appstore and combines the power of technology with human empathy to deliver measurable impact.

The company delivers measurable results on eating habits, fitness, and weight through tracking lifestyle, providing access to human coaches and AI nutritionist “Ria”. HealthifyMe is also a platform of choice for leading corporates and healthcare partners in India and Southeast Asia.

The company has over 700 employees and has raised USD 30 million so far from leading investors like Chiratae Ventures, Sistema, Inventus, Blume, Samsung, Atlas and DI.

The First-Ever AI Santa Claus is Coming to Town for Christmas 2020, Powered by StoryFile