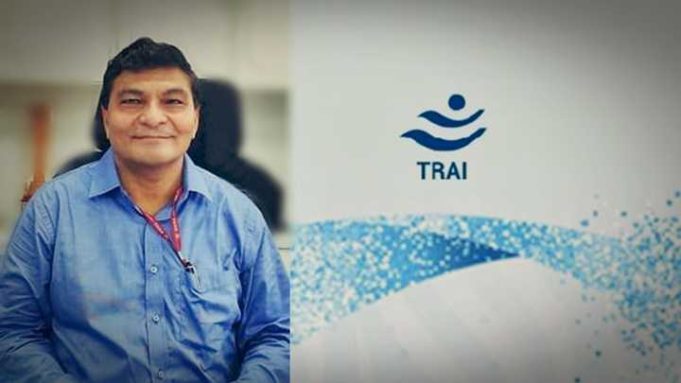 Bengaluru, NFAPost: P D Vaghela,1986 batch Gujarat cadre IAS officer, has been appointed as the head of Telecom Regulatory Authority of India (TRAI) by the Appointments Committee of the Cabinet.

The new appointment comes in the wake of R S Sharma retirement. RS Sharma tenure as chief of TRAI will get over on September 30.

Since August 2019, P D Vaghela has been serving as the secretary of the Department of Pharmaceuticals under the Ministry of Chemicals and Fertilisers. He has played a pivotal role in regulating prices of medicines and medical goods.

The TRAI Act was amended by an ordinance, effective from 24 January 2000, establishing a Telecom Disputes Settlement and Appellate Tribunal (TDSAT) to take over the adjudicatory and disputes functions from TRAI.

P D Vaghela is also considered one of the foremost bureaucrats who played an important administrative role in coming up with the goods and services tax (GST) in 2017.

The appointment of P D Vaghela comes at a time Indian telecom industry is going through consolidation and financial crisis. Also, he will have to monitor massive infrastructure upgradation at a time when Digital India campaign is bringing sweeping changes. India is at the cusp of massive 4G and 5G adoption and P D Vaghela will have to take policy decision in this regard.

P D Vaghela is tenure as Chairperson of the telecom body will last for three years or until he turns 65. Vaghela, a bachelor of commerce and a master of business administration (finance) in development studies degree holder has also served as the chairman of Kandla Port Trust for a period of five years beginning 2008.

The Telecom industry in India is the second-largest in the world with a subscriber base of over 1.2 billion. The Telecommunications industry is divided into following subsectors: Infrastructure, Equipment, Mobile Virtual Network Operators (MNVO), White Space Spectrum, 5G, Telephone service providers and Broadband.

The Indian Mobile industry is expected to create a total economic value of $217.4 bn by 2020. GSMA report3
, the mobile industry supports about 6.5% of India’s GDP.

The figure accounts for both the direct economic activity generated by mobile operators and an indirect effect on the rest of the economy resulting from increased use of mobile technology by individuals and firms. Telecom industry contribution to GDP is expected to reach 8.2% by 2020.