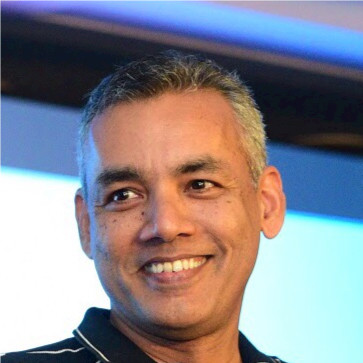 ●Only CMO of an Indian company featured in the list

Mumbai, NFAPost : Ravi Santhanam, Chief Marketing Officer (CMO), HDFC Bank has been recognised in the Forbes list of ‘The World’s Most Influential CMOs ’.

Ranked at Number 39, he is the only CMO of an Indian company to be featured in the illustrious list which includes marketing heads of Apple, BMW, Lego, Adobe, Microsoft, P&G among others.

This is the 8th edition of this annual list released by Forbes with research partners Sprinklr and LinkedIn. This year, 427 global CMOs were eligible for consideration. It is generated using data from news reports, websites and social networks to measure influence.

In its editorial, Forbes writes, ” Santhanam is a marketing leader who prioritizes personalise and relevant customer experience and believes that machine learning and data science are critical tools for marketers; he expressed so in a recent blog. And he led the Indian bank’s response to the coronavirus outbreak, launching the # HDFCBankSafetyGrid campaign to help people keep safe distance in public. He also led creation of the inspirational ” Hum Haar Nahi Maanenge ” music video about overcoming adversity, featuring Indian musical talent.”

Commenting on the recognition, Ravi Santhanam said talk about the recognition by Forbes he is humbled to be a part of Forbes’ list of influential CMOs.

“This recognition is a reflection on how the bank came together during an unprecedented situation to launch several unique initiatives. When the lockdown was declared we were determined to play our part, as a socially responsible corporate citizen, in ensuring the health and safety of our fellow citizens. We launched #HDFCBankSafetyGrid campaign when social distancing was the need of the hour to fight Covid-19 .” said Ravi Santhanam.

“Similarly, # HumHaarNahiMaanenge was a clarion call to spread hope, positivity and motivation. None of this would have been possible without the unstinted support from every part of the bank and I’m honoured to accept this recognition on their behalf,” he added.

HDFC Bank has been adjudged India’s Most Valuable Brand for 7 consecutive years by WPP group company Millward Brown. HDFC Bank’s marketing campaigns, which have stood out for their social messaging, have also received accolades in the recent past.

To drive awareness on the need for blood donation, the bank launched the campaign #StopMithani as part of its Annual Blood Donation Drive. This unique campaign was recognised globally at Cannes Lions 2019. It was also awarded at the Spikes 2019 Awards and the APAC Effies 2019 as well as the Indian Effies 2019.