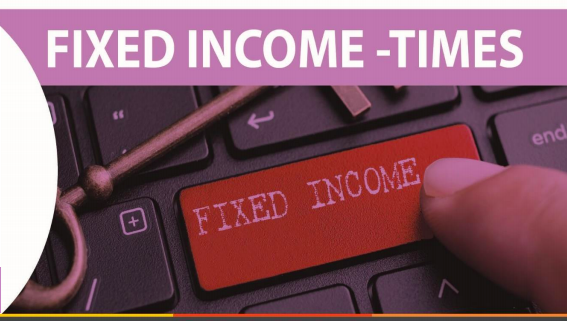 The government has executed a re-think on the outstanding GST compensation issues by announcing intent to borrow itself under the Option 1 amount of INR 1,10,000 crores and allocating this to states as loans. It may be remembered that earlier the center had apparently insisted that, while it will ‘facilitate’ the borrowing for states, it will not borrow the amount itself. This had been opposed by some states leading to a non-consensus that had dragged on for some time at the GST council. This should therefore be a welcome development and allow the process to move forward.

A Welcome Relief To The Stretch In Nuance

From a market perception standpoint as well, the resolution this way should be welcome since the earlier apparent insistence on making a distinction between implications of center borrowing versus state was probably stretching a nuance, in our view. Barring a few basis point movements in state development loan (SDL) spreads, it may have largely amounted to the same thing for markets. What participants look for is the combined center plus state borrowing since this is what they are called upon to absorb. Also, the chatter heard around facilitating special window with RBI or ‘securitizing’ borrowings against compensation receivables was creating unnecessary perception question-marks. Thus both the nature of RBI’s intervention as well as the lack of its expressed opinion on the matter was an issue of discussion. So was the question that if SDLs were perceived to be equivalent to sovereign risk, then what would an added layer of comfort of cash flow securitization achieve? With the center having now made the simple and most obvious choice, these questions can be put to rest.

What About The Bond Market?

At a headline level nothing really changes for the bond market. As noted above the market ultimately cares about government bond plus SDL supply, and that remains unchanged. However, there are differences again at the level of nuance. The government’s borrowing calendar has now been revised to accommodate this INR 1,10,000 crore extra (although this will not form part of center’s fiscal deficit since these are borrowings made against loans disbursed). The entire additional amount is being equally split as 3 year and additional 5 year borrowing. Supply in other segments is the same but is now stretched over additional auctions (schedule now stretches into March with 6 additional auctions as compared with the previous schedule that was ending at end of January). On the margin, this should cause the steepening trend on the bond curve to be arrested, at least for now. Thus not only is the additional supply entirely in the 3 and 5 year segments, but the market may also draw some comfort from the implied lesser risk of additional borrowing in the current financial year, given that the new calendar runs till March.

The curve flattening trigger from this development may also weigh for now on the relative outperformance of our overweight stance in the 6 – 8 year government bonds in our active duration funds. This outperformance has been evident in an incessant curve steepening over the past few weeks, and this trend may now subside. However, and while reserving the right to change this view in light of the active duration stance of these funds, we still think that the best risk-reward still exists in this segment over a somewhat more medium term. This is for the following reasons:

First, notwithstanding near few months’ developments, the fiscal strain is multiyear and will likely manifest as excess bond supply in the years ahead as well. This will weight on market’s non-tactical appetite for long duration. Second, while there is implicit assurance in the revised calendar, one cannot fully rule out extra borrowing yet (remember the current extra is an adjustment and isn’t accompanying an additional stimulus). There is a thought in the government, vocalized recently by the Chief Economic Advisor, that our current account surplus allows for the government to dissave more. In other words, there are excess savings in the system that the government can draw upon for an additional fiscal stimulus. Third, the RBI has recently published the unwinding schedule for the 2.5% of net demand and time liabilities (NDTL) additional held to maturity (HTM) limits for SLR securities bought between 1st September 2020 and 31st March 2021.

This unwind schedule is somewhat aggressive and asks banks to completely unwind the allowed 2.5% leeway in 3 quarters beginning the one ending 30th June 2022. This implies that, unless securities bought are of short duration, not only will banks be reluctant to use the full dispensation provided but also be able to deploy only a small portion of incremental deposit accretion into HTM bought securities in the next year and a half as well. Fourth, and finally, the bond market’s equilibrium at the current level of supply (center plus state) is anyway predicated on a substantial intervention by the RBI. It is logical then to assume that since supply has gone up in 3 – 5 year, RBI’s intervention should also correspondingly more favor these tenor of bonds. Thus the net additional supply, adjusted for RBI’s interventions, may be lesser than what the revised calendar suggests.

Six Tips To Stay Productive While Working From Home

Decoding Pledging Of Shares And Upfront Margins In Cash Market!

Praveen Bose - October 21, 2020 0
Bengaluru, NFAPost: As the country transcends into the festive season, Facebook and Instagram have launched a bundle of features and content programming, to help make your virtual...