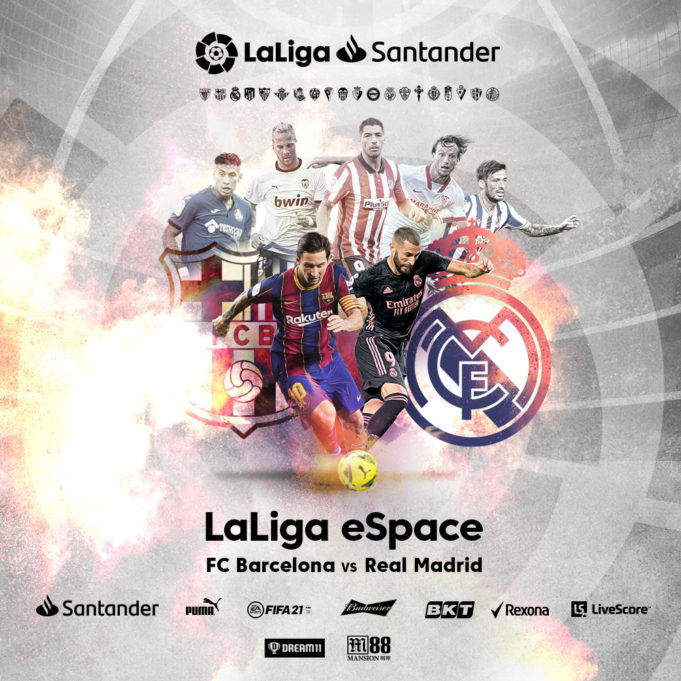 Hyderabad, NFAPost: Fan loyalties take up a major space in a team’s success or failure. Fans tend to go the extra mile in getting closer to their favourite stars and derbys make fans go gaga over their favourite teams.

Football fans across the world, spread over leagues, see the El Clasico, the marquee match between Spain’s Real Madrid FC and FC Barcelona, the pinnacle of the famed LaLiga. Players, coaches and experts also join in the intense rivalry to support their team and make the El Clasico one of the biggest-ever club games.

Derbys also give an opportunity for leagues and football clubs to get closer to their loyal fan base and the advent of technology has made it all the more easier.

As the El Clasico is set to get underway on October 24, LaLiga has launched the LaLiga eSpace app, available on the Android platform, to provide fans with interesting up-to-date, exclusives, and last-minute contents to create a complete football experience.

Fans can access footages from the previous El Clásico matches, interesting facts about the matches, testimonials from LaLiga ambassadors, games and much more, on a single mobile app.

Prior to the match, spectators can brush up on their El Clásico knowledge to enrich their debate on which team will come out on top. Through the LaLiga eSpace application, not only can fans watch footage of previous El Clásico matches but, they can also view virtual stadium models, and interesting information about all 20 LaLiga clubs.

Indian fans can witness the classic clash between two of the most elite clubs in Europe, for free on LaLiga’s official Facebook page on October 24 at 7.30 pm local time.

“Our focus towards providing the fans with the best football entertainment and grow the fanbase remains unchanged. Through this app fans can now be up to date with the latest facts and real time information about their favourite clubs”
The LaLiga eSpace application will be available for use from October 19,” said LaLiga India’s Managing Director Jose Antonio Cachaza.

LaLiga India’s Managing Director Jose Antonio Cachaza said Fans can download the app on Google Play Store and, if they access to the app by registering first on a link on the app, they will get the chance of winning official Real Madrid and Barcelona jerseys, according to their favourite club of choice.