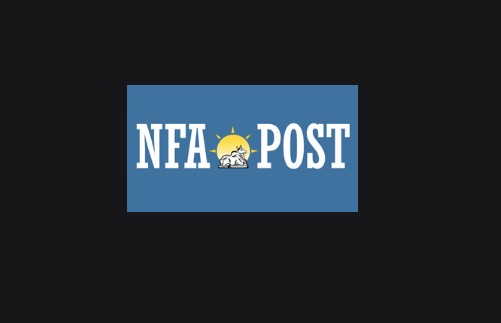 Azure Space Cloud-powered Innovation On And Off Planet

1. ‘COVIRAP,’ the diagnostic technology developed by IIT Kharagpur researchers, has been successfully validated for its efficacy in COVID-19 detection by the Indian Council of Medical Research (ICMR). It costs only Rs. 500 per test.

2. Union Cabinet, chaired by PM Modi, approved the extension of Market Intervention Scheme (MIS) for apple procurement in Jammu and Kashmir (J&K) for the current season also i.e. 2020-21 on the same terms and condition as was done in J&K during last season i.e. 2019-20.

4. Hyderabad rains aftermath: 53 lakes out of a total of 185 have been left damaged or left in a vulnerable condition due to incessant rains

The three levels of Panchayati Raj system are gram panchayat at village level, Mandal Parishad or block Samiti or Panchayat Samiti at block level and Zilla Parishad at district level

9. Minister of State for External Affairs V Muraleedharan on Wednesday attacked Congress and accused the party of aligning with anti-national forces. Muraleedharan’s statement came after Rahul Gandhi’s met the family of the journalist arrested in Uttar Pradesh for having links with banned outfit Popular Front of India (PFI).

10. PM Modi will join Durga Puja celebrations and address the people in West Bengal on Thursday (October 22) virtually. On the occasion of Durga Puja, the PM will deliver a message to the people and the Bharatiya Janata Party (BJP) has made elaborate arrangements for this

11. The Congress on Wednesday released its manifesto for the Bihar assembly polls, promising 10 lakh government job s, farm loan waiver and a monthly unemployment allowance of Rs 1,500 if voted to power.

12. Maharashtra chief minister Uddhav Thackeray okayed the order to withdraw general consent to the CBI after the  from probing cases in Maharashtra, The decision implies that the CBI will need the state’s permission to enter its jurisdiction to carry out any investigation, effectively stripping the central agency of its powers to probe cases in Maharashtra.

13. Mumbai Police summoned Kangana Ranaut  & her sister Rangoli Chandel, asking them to appear before investigating officer, on next Monday & Tuesday (October 26 & 27) after an FIR was registered against them at Mumbai’s Bandra Police Station, under various sections incl 124A (Sedition).

14. Vice Chief of the Army Staff Lt Gen SK Saini visited US Army 25th Infantry Division Lightning Academy on Tuesday and interacted with the troops there.

15.  The first woman officer of the Indian Air Force, Wing Commander Vijayalakshmi Ramanan recently passed away in Bengaluru : Born in February 1924, Vijayalakshmi, an obstetrician and gynaecologist by training, had originally joined the Indian Army in 1955 on what only meant to be a short-service commission. Instead, she was seconded to the Indian Air Force to become its first woman commissioned officer and ended up staying in the service for 24 years.

For one, there were no uniforms for women. Vijayalakshmi decided to have a custom-made saree tailored in air force blues and a tan blouse. The airforce would later adopt this as standard issue.

17. After the “momentous” appointment of the Chief of Defence Staff (CDS), the next logical military reform would be to set up integrated theatre commands for better coordination of the three services , Chief of Army Staff Gen MM Naravane said on Wednesday.

1. PM Modi’s telephonic conversation with President Moon Jae-in of the Republic of Korea : The two leaders reviewed important global developments including the progress of the fight against the COVID-19 pandemic, the ongoing diversification of international value chains, the need to preserve a transparent, development-oriented and rules-based global trading order, and the important role of the World Trade Organisation.

2. Vande Bharat Mission flight to China which was scheduled on Delhi-Guangzhou sector on 23rd October has been postponed due to technical and scheduling reasons, this flight will be operated on Delhi-Wuhan-Delhi sector on 30th October 2020. Indian embassy in Beijing said.

4.  Union Cabinet approved the Memorandum of Understanding signed between the Indian Space Research Organisation and the National Space Research and Development agency of Nigeria

5. India and the United States will hold their third edition of 2+2 ministerial dialogue here on October 27 during which the sides are expected to explore ways to further strengthen defence, security and global strategic ties including in the Indo-Pacific region.

6. The Chinese soldier, who was apprehended by the Indian Army in the Demchok sector of Eastern Ladakh on Monday, has been handed back to China’s People’s Liberation Army, ahead of another round of military talks between the two sides on the border standoff.

1. The United States has said that China has done very little to resolve the Rohingya issue. : The US Deputy Secretary of State Stephen Biegun told the media in a telephonic briefing.

2. Stephen Biegun also said that the US will work closely with the government of Bangladesh both to address the humanitarian needs of the more than 8 lakh Rohingya refugees as also to find its lasting resolution.

3. Bangladesh President M. Abdul Hamid and Prime Minister Sheikh Hasina have greeted the Hindu community of the country on the occasion of the Durga Puja.

4. Every year the Global Iodine Deficiency Disorders Prevention Day is marked on October 21. The day is also known as World Iodine Deficiency day. It is celebrated to create awareness of importance of Iodine in everyday diet.

5. Peru Unveils 2,000-year-old Giant Cat Etching at Famous Nazca Site. The geoglyph is around 120 feet (37 meters) long and was recently discovered by a drone on a hillside. The people that formed the Nazca civilization in that area of southwestern Peru lived there from 200 to 700 AD.

6. World’s longest flight to resume from next month : Singapore Airlines will operate the Airbus A350-900 long-range aircraft on the route. The aircraft is configured with 42 Business Class, 24 Premium Economy Class and 187 Economy Class seats.

Bangalore register their second successive win in a one-sided affair against Kolkata.

3. SAI to arrange for travel for trainees to return to various training centres, as training begins to resume across the country : In view of the prevailing Covid-19 situation and to protect athletes from exposure to the virus, the Sports Authority of India had decided to make transport arrangements for the athletes of NCOEs/SAI Training Centres who have to join their training facility.

With an eye to the Tokyo Olympics and Paralympics, sporting activities are being resumed in Sports A authority of India training centres across the country from November 1.

Imphal is the capital of Manipur, a state in northeastern India.

Thought of the Day🤔

Put your heart, mind, and soul into even your smallest acts. This is the secret of success.

Pappu : Yah. I know. That’s y I am removing battery from mobile while charging…

It is a rural local self-government. It was constitutionalised by the 73rd constitutional amendment act 1992. The areas that are exempted from the operation of Panchayati Raj act are the Scheduled areas in the states of Andhra Pradesh, Gujarat, Bihar, Himachal Pradesh, Madhya Pradesh, Rajasthan and Odisha. Also, the states such as Meghalaya, Nagaland and Mizoram are exempted. This is due to socio-economic challenges in these regions.

What is the Assam Mizoram border dispute?

The residents of Assam and Mizoram fought over territory and injured at least 8 people. This is mainly due to the dispute between the states over the interstate boundary.

The dispute between Assam and Mizoram began after the notification of 1875 that differentiated plains of Cachar and Lucia hills. Later another demarcation was introduced in 1933 creating a boundary between Lucia Hills and Manipur.

Earlier in colonial times Mizoram was called Lucia Hills and was a district of Assam. In 1987 Mizoram was granted statehood and carved out of Assam under state of Mizoram act. According to Mizoram the boundary should be demarcated on the basis of 1875 notification. On the other hand, Assam government wants to follow the 1933 demarcation. This is the point of conflict between the states.

Assam has boundary disputes with Nagaland, Arunachal Pradesh and Meghalaya as well.

How does water come from mountains?

Mountains are often called nature’s water towers. They intercept air circulating around the globe and force it upwards where it condenses into clouds, which provide rain and snow. Mountains also store water in various ways, including the formation of snow and ice.   When it is melted, water comes from mountain’s.

In Mahabharata Epic Bhanumati was the wife of Duryodhana. She and Duryodhana had a son Lakshamana and a daughter Lakshamanaa.

Bhanumati was daughter of Chitrangada, King of Kalinga. She did not play any major role in Mahabharata. She was a very good friend of KARNA, and her best friend SUPRIYA was married to KARNA.

( Note : These home tips followed in villages/ancient traditions, it is up to you to use it or not🙏🏻)

Using lemon leaves extracts as lemon balm and applying it to protect the skin from environmental stressors.

India’s Economy On Recovery Path As Contraction Slower At 7.5% In Q2