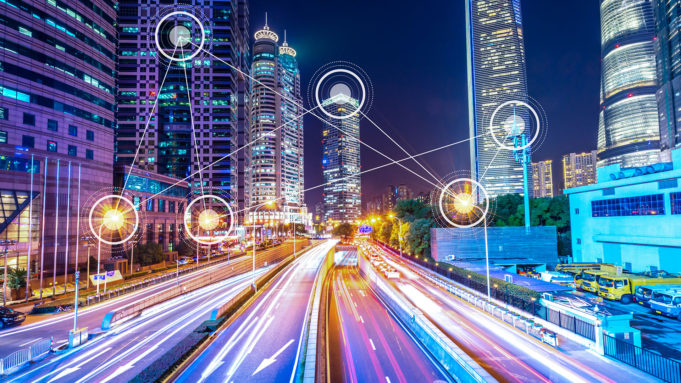 A slew of Infrastructure projects amounting to almost Rs 50000 crore once materialized would propel the demand for real estate in Thane.

Spread across a route of 32.32 km is planned to be fully elevated. It would be operated between Kasarvadavali at Ghodbunder Road at Thane to Wadala in Mumbai with 32 stations. It is expected to be passing from densely populated areas like Ghatkopar, Mulund, Teen Hath Naka, and Patlipada at Thane reducing the traffic congestion in these areas. The metro station is right across the township Hiranandani Estate on Ghodbunder road. It would be built at a cost of Rs 14600 crores. This will be a game-changer to connect the twin city Mumbai-Thane.

It is an extension of Mumbai Metro 4 from Kasarvadavali-Gaimukh. It will also connect with Mumbai Metro Line 10 and would prove to be an important part of metro lines for the Thane city. With an estimated cost of Rs 949 crore, the Metro 4A project will connect two stations Gowniwada and Gaimukh.

Mumbai Metro Line 5 is part of the metro system for the city which will connect the city of Thane to Bhiwandi and Kalyan. The 24.9 km-long Metro corridor will have 17 stations and will cost around Rs 8,416 crore. It will be totally an elevated corridor aimed to reduce road congestion.

Mumbai Coastal Road to be extended up to Ghodbunder Road, Thane

The Rs 8900 crore Thane-Borivali underground tunnel is expected to reduce commute time by almost 2-3 hours at Ghodbunder road. Once completed it would take only around 15 minutes to commute between the 21 km stretch. The project is expected to have a 1km long link-road with a 10.20 km tunnel to be constructed under the Sanjay Gandhi National Park and will start from Tikuji Ni Wadi (Thane) and connect Borivali at the western expressway.

People commuting between Thane and South Mumbai can avoid traffic snarls and opt for water transport. The Thane-Mumbai waterways will cost Rs 661 crore. The first phase of this project would connect Thane with Vasai and Kalyan, while the second phase would connect Thane with Mumbai and Navi Mumbai. It is estimated that around 3000 commuters would be benefitting from this service and would save around one hour of travel time for commuters of Thane to Mumbai, while commuters of Navi Mumbai would save around 30 minutes of travel time to Thane.

This elevated corridor promises to decongest traffic flowing between Thane and Ghodbunder. The 4.4 km elevated road will be constructed at the cost of Rs 667.37 crore. This is a major connector between NH3 and Western Express Highway NH-8. The stretch will be from the Fountain Hotel on WEH

Motorists commuting between Mumbai and Thane would also have a relatively smoother ride in the near future. These commuters would be able to use three new upcoming flyovers viz first at LBS Marg near Castle Mill, another at MG Road at Naupada, and the third flyover at Vandana Talkies.

The 250 crore project of widening Kopri Bridge from an existing 4 Lane Bridge to create an 8 lane bridge is under execution of MMRDA nodal agency. This project on the eastern expressway highway connects Mumbai and Thane. A majority of the first phase including the laying of 2 lanes on either side of the bridge is about to get over.

Termed as a ‘city of dreams’ Thane city has undergone a metamorphosis as the growth is led by commercial as well as residential progress supported by well-planned infrastructure development.

Thane caters to the demands of all classes, however; the enhanced standard of living has also made it into a destination of spacious luxury homes for those pursuing a better lifestyle with enhanced amenities in and around their homes. Open spaces, good infrastructure, price-appreciation, and planned townships are sure to attract all categories of buyers – from affordable to Uber-luxury to Thane.

Over recent years, Thane has emerged as a preferred destination for home buyers. The slew of mega infrastructure projects will augur well for real estate development and certainly enhance the standard of the living quotient in the city. This will help the buyer and investors to fetch better returns and good price appreciation in the future. The city also enjoys the best social-civic ecosystem with prominent schools, colleges, and educational institutions, best of healthcare, refreshment, entertainment zones, malls & organized retail spaces to enrich the quality of living.

The city of Thane is quickly morphing into a preferred Commercial and IT hub spot, creating an enhanced job market offering walk to work options for the working populace.

City of Thane offers sustainable development and ease of living index to drive economic growth as part of the government’s initiative of building 100 smart cities mission across the country.

India’s Economy On Recovery Path As Contraction Slower At 7.5% In Q2