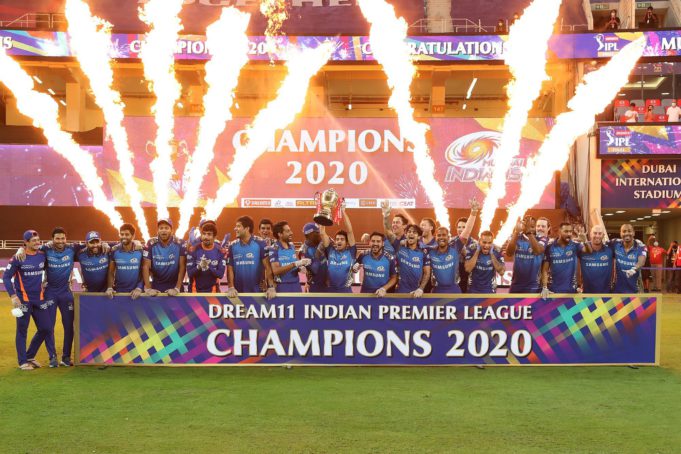 Hyderabad, NFAPost: There is nothing that can seem to stop the juggernaut of Mumbai Indians. After the Rohit Sharma led team decimated Delhi Capitals to win their fifth Indian Premier League title, Mumbai’s ascendancy to be the most successful franchise in the IPL grew by leaps and bounds.

It is their all-round performance. There are no chinks in their armor in all three departments – batting, bowling and fielding. Led by a charismatic leader in Rohit Sharma and an equally knowledgeable support staff, Mumbai Indians have hardly put a foot wrong, or there is no way they can wrongfoot at any stage.

The batting worked like a charm. Mumbai Indians had one power hitter after another ready to set the stage on fire. Quinton de Kock was explosive in the start while Rohit could decimate any world-class attack on his day. Ishan Kishan and Suryakumar Yadav took to Mumbai’s firebrand batting like a fish to water and Hardik Pandya and Kieron Pollard’s ability to dispatch the ball to all corners beyond the ropes meant Mumbai were never short of heroes while posting humongous totals or chasing astronomical targets.

If Mumbai needed a player to send the ball into the orbit, to pierce the field to perfection or to rotate the strike and unsettle the bowlers, they did it with ease. Mumbai had built their talent piece by piece and every piece fit into their zig-saw puzzle perfectly. The fact that they had hit 137 sixes, 34 more than the next team, lays all doubts about their dominance to rest.

The bowling department had their share of the cake. Mumbai had the variety in their ranks – pace, swing, spin, orthodox – name it, they dished it out. Trent Boult and Jasprit Bumrah were game changers with James Pattinson and Nathan Coulter-Nile playing the perfect second fiddles with their seam bowling.

Boult’s swing and scrambled seam deliveries stood out from the rest while Bumrah’s deliveries at the death dealt a telling blow.

Rahul Chahar and Krunal Pandya took no time in spinning a web around the best batsmen in world cricket. The bowlers consistently asked new questions to the batsmen, which most of the franchise’s had no answer for.

The fact that Hardik didn’t get to bowl and Pollard had minimal work to do with the ball talks for how dominant Mumbai had been with the ball. All this and more as Mumbai Indians were without a leading T20 bowler, who played a major role in the team’s success story in the past – Lasith Malinga.

The leadership, behind the scenes, played a major part in Mumbai Indians’ success. Rohit’s injury meant there was T20’s second-best leader in Pollard in taking over the reins. Mahela Jayawardene is no stranger to building a world-class competitive environment and the team’s trust paid rich dividends. The defeats in the tournament, including a loss to Chennai Super Kings in the tournament opener and 10-wicket drubbing in the hands to Sunrisers Hyderabad in the last league game, had a little impact on the morale of the team as it all boiled down to two words – self-belief and talent.

The hunger to win games started in the dressing room. Every player was assigned a role and they did it to perfection. There were numerous plans laid out and with every player trusting the process, the result was just a by-product.

The team knew they could take any challenge on any given day and emerge victorious with minimal fuss, as it was to be seen in the summit clash against Delhi Capitals on Tuesday.

While a lot of us spoke about how competitive this IPL had been with the playoff spots decided in the last league game, Mumbai Indians were far away from the chaos, as the league leader, with thumping performances.

A lot was spoken about how Chennai Super Kings retained their core for many seasons and became one of the most successful teams in the history of the IPL, until Mumbai Indians toppled them in 2019 and went on to script a tale in 2020, under humid conditions on a starry night in Dubai. The youngsters in Mumbai Indians aren’t short of looking for inspirational stories and heroes as they look to form the core of the team for a future that might well and truly belong to Mumbai Indians.