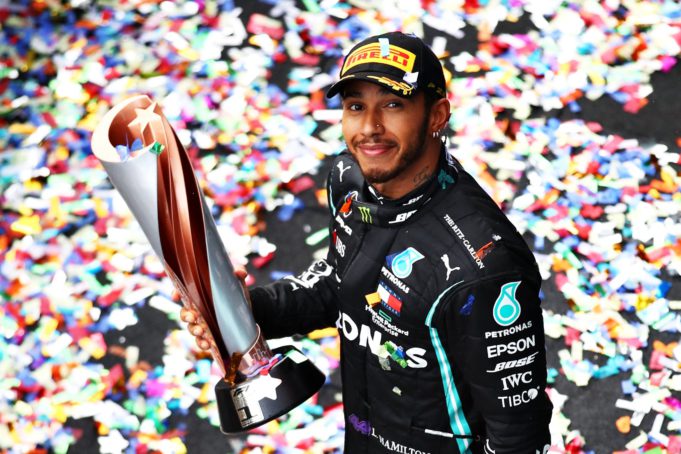 With this victory Hamilton has achieved what was once thought impossible, matching Michael Schumacher’s record tally and in doing so becoming the most successful F1 driver of all time

With the stellar performance, Lewis Hamilton delivered high drama and high emotion for the spectacle of a coronation worthy of one of the greatest champions Formula One has produced.

Head in his hands and in tears as he sat in his car after the race, even the world champion for whom winning has become commonplace seemed to struggle to take in this moment.

Shortly after he climbed from the cockpit he was speaking through the tears that he could still not quite contain when he stood on top of the podium. A moment even nature seemed ready to mark as the grey clouds that had loomed all day were banished by a dazzling rainbow bursting across the circuit.

Schumacher’s records were thought to be untouchable but Hamilton has not only matched one and beaten others, he is also in a great position to set new benchmarks way beyond the German’s tallies. He has already surpassed the German’s records of race wins and pole positions with 94 and 97 respectively.