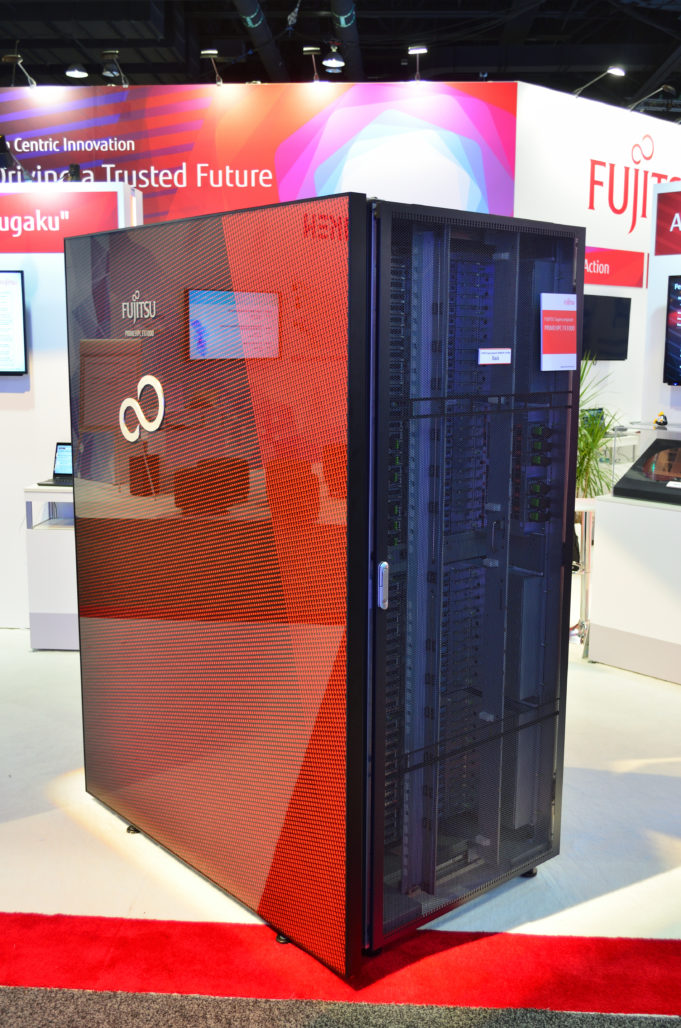 Bengaluru, NFAPost: Fugaku—the Arm technology-based supercomputer (jointly developed by RIKEN and Fujitsu) has secured the first ranking on the Top500 list for the second time in a row. This achievement further highlights the rapidly evolving demands of high-performance computing (HPC) that Arm technology uniquely addresses through the unmatched combination of power efficiency, performance, and scalability.

In addition to the great work RIKEN and Fujitsu have done, Arm-based solutions have continued to be adopted across the Arm ecosystem. ETRI, the national computing institute of the Republic of Korea, recently announced plans to adopt the upcoming Neoverse V1 (formerly code-named Zeus) CPU design, which feature Arm Scalable Vector Extensions (SVE), for its K-AB21 system. ETRI has set a goal of 16 teraflops per CPU and 1600 teraflops per rack for AB 21 (which stands for ‘Artificial Brain 21’) while reducing power consumption by 60% compared to its target.

Meanwhile, Ampere Computing, Sandia National Laboratories, University of Bristol, and Amazon Web Services (AWS) provided details on their Arm-based HPC plans at the Arm High-Performance Computing User Group (AHUG) meeting earlier this month. At this month’s SC20 event, SiPearl, a company formed by the European Processor Initiative, also reiterated that it will adopt Neoverse V1 for its Rhea processor, which is part of SiPearl’s exascale compute project. And, NVIDIA also announced researchers are achieving a nearly 26x performance boost for Arm in HPC with NVIDIA A100 GPUs and Arm Neoverse-based Ampere Altra CPUs.

Arm is proud of the positive impact Fugaku has already had in COVID-19 related research efforts. Although formally launched only a few months ago, Fugaku has been deployed for five different COVID-19 research projects, including one examining how the virus circulates in the air, and another to determine the efficacy of more than 2,000 existing drugs.

Continuing to push the boundaries of what’s possible

This burst of activity is the culmination of design initiatives that have been underway for years and are ultimately aimed at solving one of HPC’s recurring challenges: how to build a system that can scale new heights of performance while remaining within reasonable power and budget envelopes. One of the central ideas behind the Arm processor architecture is that single-threaded, multicore processors will become the new norm for supercomputer CPUs as a way to increase performance without increasing relative power, and Arm is seeing greater adoption of this shared vision across the expanding HPC ecosystem.

The hardware advances parallel the burgeoning activity in the software community to expand the options for Arm in HPC. Whether it’s the work Arm is doing with NVIDIA to bring CUDA support to Arm-based processors or contributing to the open-source efforts to drive standards for HPC software packages, Arm is committed to ensure delivering the benefits of flexible, scalable, and efficient compute. SVE continues to grow in importance as it enables processors that can accommodate vectors spanning 128 bits in length to 2048 bits (in 128-bit increments). Now, software developers can write once and have their work run on multiple processors. Likewise, processor developers and HPC users can take advantage of a wider spectrum of applications.

Across the globe, there are continued investments in the Arm ecosystem and increasing demand for more choice, more customization, and more innovation. Arm is ready to enable its partners in the next ten years with technologies that are truly changing the world.