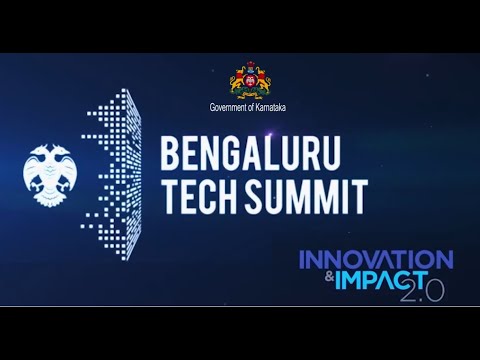 Bengaluru, NFAPost: Bengaluru Tech Summit 2020 has just gone underway today, with a slew of elite panel experts sharing their knowledge and deep insights into the evolving trends in technology ranging from Drones and Robotics to Satellites and Society and the emergence of AI in Health.

In the Day 1’s second panel-discussion from Innovation Corner, the expert panel comprising Dr. Steve Jelly (Chief Engineer for Lockheed Martin – Commercial Civil Space) took the centrestage as the anchor while introducing a bunch of co-panel experts for the session.

The co-panel members included Mr. Luc St. Pierre (Chief of Space Applications at the United Nations Office for Outer Space Affairs – UNOOSA) who has worked as a specialist on geospatial information for various projects with governments of Asia, Africa, North America and the Caribbean and Dr. Prakash Chauhan  (Director at Indian Institute of Remote Sensing and Group Director for Space Science and Technology at ISRO).

Satellites have now become an integral part of our life as Dr. Steve aptly puts it in his introductory speech while highlighting the use of satellites in our day-to-day routines including Medicine, Banking and Weather Forecasting.

“The networking of these interdependent satellites has invariably helped to bridge the gap between the ground, air and space,” adds Dr. Jelly.

Future Satellite Applications and Services Role in Our Society

In response to Dr. Jelly’s query on the future of Satellite Applications and Services role in our society, Dr. Prakash Chauhan had this to say: “Today, space technology is touching almost all spheres of life and in many sectors, satellite data is being used for a lot of applications. Particularly in India, a good amount of earth-observation satellite data, satellite communication and satellite navigation is being used for e-governance purposes as well as the Digital India initiatives of Government of India.”

“In 2015, with the highest intervention of the PM of India himself, a meeting was organised where more than 65 Central Govt. Ministries participated with the focus of the meeting on how the space technology can be used for governance and taking stock of developmental projects by making use of the earth observation as well as communication & navigation technologies,” Dr. Chauhan said.

“So that has provided a big fillip to India for the use of space technology in innumerable applications that is really hard to list out. The quest from the knowledge-driven society as it grows, the use of satellite data will also grow by leaps and bounds. I can foresee its primary use in the insurance sector, especially for a country like India where agriculture is still the mainstay of our economy wherein around 55% of the Indian population actively engages in agriculture and farming activities. Thereby, it contributes a fairly good amount to the GDP of this country,” he added.

He goes on to highlight the benefits of crop insurance for protection against floods, famine and other natural disasters. In other words, this helps in settling insurance claims by the insurance companies due to extreme weather events, crop failures and so on.

The panel discussion also highlighted Unmanned Aerial Vehicles (UAV) and Drones technology as currently being employed in a big way for collecting Disaster Risk Assessment data by the insurance companies for deciding the premium. Furthermore, they pointed out that farmers can assess the crop damage using this data and file their insurance claims accordingly.

Dr. Prakash also spoke about the ever-increasing disasters due to geological activities and weather-related aspects and the importance of adopting various measures for helping farmers in disaster risk management. He also added that some of the key measures currently being undertaken include Precision Agriculture with food security for addressing issues like water scarcity and drought-like situations.

He summed it up by saying that artificial water-harvesting should help in such cases to improve the Cloud-Water table while Solar and Wind technology play a vital role in controlling inputs for crop risk management.

Dr. Prakash further noted that insurance people can predetermine the kind of risk involved in a particular region and that will help decide the premium of insurance to be paid by the benefactor. He also pointed out that a diverse geographical country like India stands to benefit immensely from the measures taken under Disaster Risk Management against both natural disasters and man-made disasters like landslides due to mining activities. He concludes that although you cannot avoid the risk completely, reducing the risk is the key objective of Disaster Risk Management techniques.

Dr. Chauhan also suggested that Water Scarcity is another major challenge when certain states are hit by drought due to lack of sufficient rainfall, especially in western states like Rajasthan and Gujarat. GoI has started the water-shed development program to address these issues with artificial water-harvesting structures and thereby improve the underground-water table.

He further adds that the Agriculture industry stands to benefit from the solar readings wherein an alert is sent every 15 to 30 minutes to depict the cloudiness nature or the solar radiation levels at a given location. “Geo-stationary metrological data with cloud cover info on a real-time basis should serve the purpose in the energy sector, particularly for generating Wind energy,” he sums up.

Speaking about the emerging navigation technologies, Dr. Prakash explains that GIS, GPS, and other navigation technologies will play a major role in supply-chain management as e-commerce companies tend to benefit immensely from its implementation. “GIS could also help in identifying the hotspots for various diseases like Covid-19 and help in combating a pandemic situation,” he adds.

“Crime mapping is another key aspect of GIS-based implementation, especially in countries wherein the crime rate is too high,” he said while also highlighting its usefulness to the police for analysing the crime records quickly and taking the necessary steps.

He summed it up by saying that climate change and satellite observation data will help develop climate-resilient economies and climate-controlled policies in the near future.

Another key aspect highlighted by Dr. Chauhan is the Blue economy which helps in creating sustainable fishing in coastal areas. Describing its key metrics, he explains that Sea surface temperature, wind factor, and ocean colour needs to be monitored for creating a successful Blue economy.

He also pointed out that private-sector participation is vital to create better livelihood and job opportunities for the local fishermen and farmers in the blue economy development.

Mr. Pierre’s Take on Future Satellite Applications and Its Role on Our Society

Adding to Dr. Chauhan’s thoughts, Mr. Pierre elaborates and brings a different perspective: “We are going to continue to see the migration and developmental provisions of applications and services from the Govt. sector to the private sector. But, this will work for those that will be successful at forging mutually beneficial partnerships.”

Mr. Pierre talks about the integration of many of these technologies including earth observation, Sat Nav applications and risk management. This will enable data sharing at the global level.

He goes on to add that currently there are around 8 partnerships to enable space opportunities for launching satellites on a collaborated basis. Initiatives of opening classrooms to educate children about these technologieswill help in attracting interest of the masses and enable further opportunities in space exploration.

As more and more objects are launched into space, it becomes imperative to maintain a register of the same. Although there is no data yet on space debris and its effects, Mr. Pierre suggests that there exists a large number of resources to reduce risk of accumulating debris. He sums up saying, there are currently around 7 guidelines for mitigating space debris which helps in cleaning up or recuperating from the mess.

Dr. Chauhan highlights the fact that space is polluted and populated with an ever-growing collision threat due to the man made debris in space. It needs international collaboration and peaceful use of space to avert any possible disaster arising from the space debris.

As the most important measure, Dr. Prakash urges the space operators to bring back low orbit sats and objects to protect high-value assets from sapce debris like the ensuing initiative from ISRO.

Furthermore, the panelists suggest that Solar magnetic storms and natural disasters could impact solar activities in space, which needs to be monitored. They pointed out the example of NASA’s Heliophysics program as one such attempt to prevent possible space disasters.

The panelists explained how Space Exploration programs have lately become a trend in society while privacy still remains a major factor. So, they reiterated that addressing this issue is key besides looking at other climate change factors like deforestation and rising pollution levels that could pose further challenges to space operators.

Dr. Prakash specifically pointed out that creating a sustainable ecosystem for human inhabitation on earth and beyond is another trend that will promote further space exploration like the Mars mission. However, he adds that for the sustainable development of space assets, it is imperative to create the necessary space infrastructure with talented human resources and entrepreneurs.

The panel discussion also highlighted how 3D topographic data has become the need of the hour with the rising demand for space exploration data in recent years and the use of UAV or LIDAR technology could be a key factor in developing countries like India and China going forward. As this helps in recording and transmitting high-res terrestrial images in space that cannot be readily downloaded, the panelists concluded that it could spur further demand for data science jobs.

The panelists pointed also mentioned that the satellite-powered internet will drive the future of smart cities while space infrastructure and services will need some dynamic shift in policies for easy accessibility of space products, besides offering readily available remote-sensing data for researchers worldwide.

Quantum Computing and Onboard Intelligence

Talking about the future prospects, the panelists concluded that in the future, satellite applications may involve Quantum Computing and weather information with onboard intelligence to help make strategic decisions on the ground and gradually move further up into space for decision-making.

Dr. Prakash summed it up by saying that “although you cannot predict the future, technology is self-evolving to present itself for a better future.”