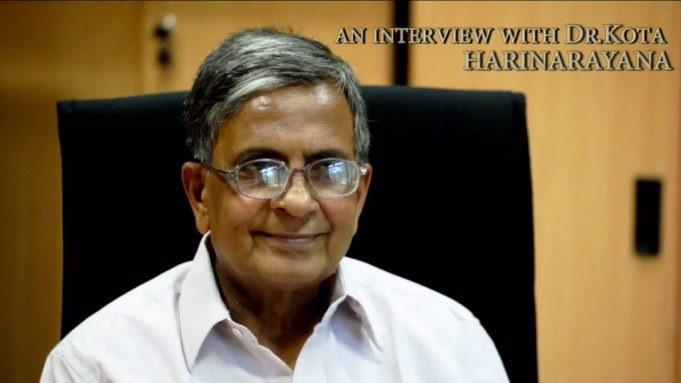 Bengaluru: India’s drone industry is the fastest growing industry in the world with the second highest in the number of start-ups in the agritech sector according to Dr Kota Harinarayana, Chairman, Board of Governors, IIT, Varanasi.

Answering a volley of questions posed by International Institute of Information Technology Bangalore  (IIIT-B) Director Prof.S. Sadagopan in a virtual session as part of the Bangalore Tech Summit 2020, Dr Harinarayana said the use of drones and robotics is becoming beneficial for even small farmers with two acres of land holdings as the technology helps in capturing images as close as one to two metres of the land where troubleshooting is required.

He said satellite images were inaccurate in detecting the problems that exists on farm lands which is now easily identifiable with the use of drones and robotics. He said the use of drones has become an opportunity in agriculture given that its contribution to India’s GDP has declined to 15 percent from 17 percent two years back.

Drones could be used in precision agriculture and help in doubling production.

The chairman of board of governors of IIT, Varanasi said satellite images cannot be used to study crops and drones have thus emerged as a low-cost and a cost-effective solution. He said drones are turning out to be even cheaper than deploying manpower for the purpose.

Dr Harinarayana said drones have emerged as the driving force in data analytics in India. However, he said the drone endurance remains low at about one hour after seeing an improvement from the 40 minutes that it was earlier.

He said many industries have mushroomed in Bengaluru that make cameras for the drones that could be used for surveillance. He said the setting up of startups have been spurred by the stiff import curbs imposed by the Indian government.

He said locusts were thrown away or eliminated with the use of drones in Rajasthan recently. Drones were used to spray insecticides and five such machines were pressed into service to drive away the locusts and help the farmers.

Dr Harinarayana said drones could be used in medical emergencies like organ transplants that will save precious lives and time. He said trials are on to use drones with the ‘108’ ambulance teams. However, fund constraints are awaited to carry out application of drones in medical emergencies.

Prof. S. Sadagopan said IIT-B is showcasing a whole range of technologies at the Bangalore Tech Summit 2020 that are path-breaking and at the cutting edge in terms of technology.

He said the pandemic has thrown up a challenge for IIIT-B and had developed a tech dashboard for governments of Karnataka and Jharkhand. He said the spread of the virus has thrown up a number of opportunities to undertake research work.