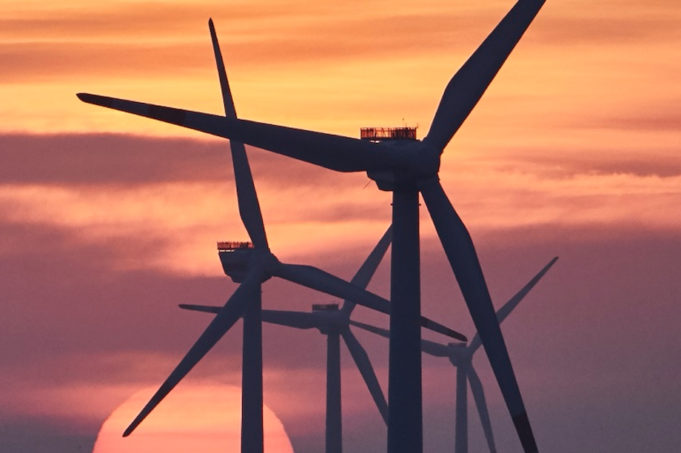 Amritsar, NFAPost: Renewable energy’s share in the energy mix decreased marginally from 11.4% in Q2 FY20 to 10.7 per cent in Q2 FY21, according to the latest edition of the CEEW Centre for Energy Finance’s quarterly Market Handbook.

A prominent reason for the decline was the unseasonable and sharp reduction in wind speeds in resource-rich states (Gujarat, Rajasthan, and Tamil Nadu), leading to a ~41% reduction in wind generation in July 2020 as compared to July 2019. Q2 typically records the highest wind energy generation every year.

The CEEW-CEF Market Handbook also highlighted that 3.2 GW of renewables were auctioned in Q2 of FY21, as compared to 4.4 GW (excluding 8 GW sanctioned as part of a manufacturing-linked upsising of a solar auction from an earlier quarter) in Q1 FY21.

The Handbook also highlighted that market concentration – i.e. the share of top five developers in the total project capacity sanctioned – increased to 84 per cent this quarter as compared to 81 per cent in the previous quarter, and is expected to remain high going forward.

Further, aggregate renewable energy capacity additions slowed down in Q2, partly owing to supply chain disruptions due to Covid-19, which impacted grid-scale capacity additions. In contrast,  rooftop solar picked up with 399 MW capacity being added in Q2 FY21 (vs 188 MW in Q2 FY20).

Commenting on the report finding, CEEW Centre for Energy Finance (CEEW-CEF), said among renewables, grid-scale and rooftop solar continued to dominate capacity additions in the quarter, accounting for a nearly 60% share.

“A five-month extension granted by the Ministry of New and Renewable Energy for grid-scale project commissioning could result in a noticeable uptick in renewable energy capacity additions as the lockdown eases further,” said Nikhil Sharma.

The Handbook also indicated that short-term electricity prices (in both day-ahead and real-time spot markets) saw an increase to 2.53 Rs/kWh and 2.42 INR/kWh in Q2 FY21 (from 2.35 rs/kWh and 2.22 Rs/kWh in Q1 FY21), respectively. This was due to a recovery in demand from discoms and increased volumes when compared to Q2 FY20 levels.

On the discom payables front, the Handbook highlighted the ~Rs 1.4 lakh crore discom overdues to power producers as of September 2020, representing an increase of 50 per cent compared to overdues in September 2019.

However, the pace of increase in overdues has dropped significantly, increasing only 5% over the quarter, compared to a 30 per cent spike during Q1 FY21. Moreover, the Handbook stated that the Rs 90,000 crore liquidity package announced for discoms under the Aatma Nirbhar Bharat Abhiyaan had been increased to Rs 1,18,273 crore by the Ministry of Power. This could further help discoms in clearing their dues to power producers.

The CEEW-CEF Market Handbook for the previous quarter (Q1 2020-21) can be accessed here.