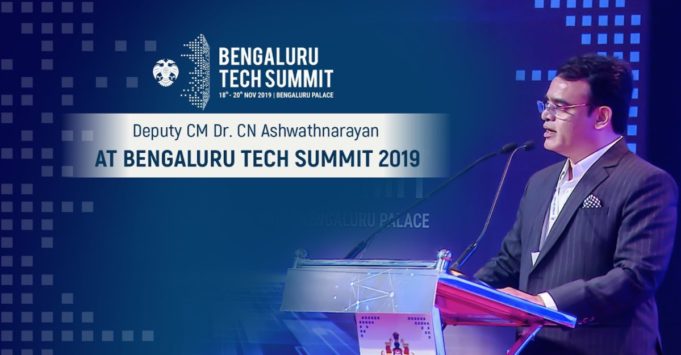 “More than 40 per cent investments have taken place during the pandemic in the state, either through domestic firms or international companies. That amounts to Rs 1.20 lakh crore investments,” he told reporters at the Bengaluru Tech Summit 2020.

Asked if the investments were done through Karnataka Digital Economy Mission (KDM), he said it is yet to kick off. However, it is set to snowball in few days.

The process of appointing the directors have been done and announcement of KDM Chairman is awaited, he said.

Narayan said KDM initiative will help Karnataka to achieve the target of $150 billion in IT exports in the next five years.

The idea of forming this company is to promote over 7,000 startups, e-commerce and other gig economy companies in Karnataka, he said.

Earlier, the startups, e-commerce and other gig economy companies were operating in Karnataka under the ‘Technology Mission’ and governed by three to four government agencies or departments, Narayan said.

Now they will come under one roof, he said.

KDM will promote the state as an ideal investment destination.

Over the next five years, Karnataka is looking at achieving $300 billion business from the IT/ITeS sectors through KDM.

The government is encouraging investors to invest in Tier-2/3 cities, which he said will contribute substantially towards achieving this target, he said.

In due course, the state will also become a $1 trillion economy and contribute significantly towards achieving Prime Minister Narendra Modi’s target of making India a $5 trillion economy by 2025, Narayan said.