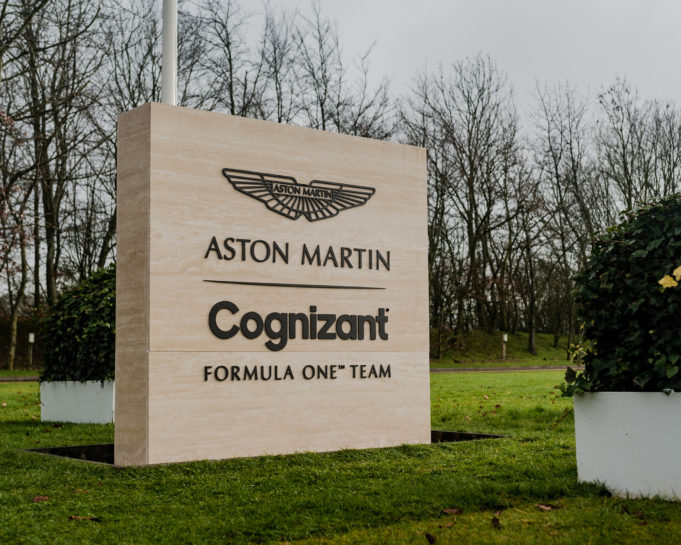 Mumbai, NFAPost: With anticipation building for almost 12 months and a monumental amount of work undertaken behind the scenes, Aston Martin is back in Formula One. The new era has officially begun.

“We couldn’t be more excited to finally reveal the first look at our new identity while setting out our vision for the journey ahead. And what better way to begin the new age than by welcoming a new title partner,” states Cognizant.

The team will be known as Aston Martin Cognizant Formula One Team when it lines up on the starting grid for the new season.

In a sport where technology and innovation take center stage, Cognizant will play a key role, not merely as a sponsor, nor even as a behind-the-scenes service provider, but also as a true digital transformation partner with a real purpose.

The multiyear association brings real energy to the new era of Aston Martin in Formula One, with Cognizant ideally placed to empower the team with the best IT infrastructure and software solutions on the market.

The development coincides with the first elements of a brand new website going live and facelifts to the team’s social media channels.

According to company announcement, the new car will be launched in March to the world at Aston Martin’s global headquarters in Gaydon, Warwickshire, including the introduction to its driver line-up, featuring four-time World Champion Sebastian Vettel and multiple Grand Prix podium finisher Lance Stroll.

Aston Martin Cognizant Formula One Team Chairman Lawrence Stroll said the return of Aston Martin to Formula One after more than 60 years away is a landmark moment in the history of the sport.

“Everyone knows what Aston Martin stands for, but the Formula One team will allow us to take the essence of the brand to new places, building on the strong foundations laid by the previous iterations of the team. I’m hugely proud that we can start this new chapter with the support of Cognizant,” said Lawrence Stroll.

In today’s world, as the digital revolution continues, Lawrence Stroll said he can’t think of a more suitable or valuable partner to work with them as the company is striving to make Aston Martin one of the greatest teams in the sport.

Commenting on the development, Cognizant CEO Brian Humphries said the company is absolutely thrilled to be the title partner of Aston Martin Cognizant Formula One Team.

“Our global brands have much in common. We are both innovative, forward-looking firms that like to move fast, stay focused, and lead from the front. We understand the incredible power of today’s advanced technologies and how to harness them to engineer unique customer experiences. We’re excited by the promise of this deep and mutually beneficial partnership,” said Brian Humphries.

Aston Martin Cognizant Formula One Team CEO & Team Principal Otmar Szafnauer said the team is two months away from the start of the season, so it’s fantastic to celebrate the new era of Aston Martin in Formula One by welcoming Cognizant as its title partner.

“Innovation and technology are central pillars for any Formula One team, and this long-term partnership is more than just a branding exercise. With a new factory already under construction, Cognizant’s expertise and resources will add value in all areas of our IT operations and make a valuable contribution to our performance on-track,” said Otmar Szafnauer.

Aston Martin Cognizant Formula One Team Managing Director – Commercial & Marketing Jefferson Slack said this is a really special moment as the team welcomes Cognizant as the primary partner of the Aston Martin Formula One™ Team.

“As we take this iconic brand back to the pinnacle of racing, it’s hugely motivating to have the support of a true powerhouse in Cognizant, a Fortune 200 company with nearly 300,000 employees. It’s a multinational that’s making a real impact across the globe with great vision from Brian Humphries and the senior leadership team,” said Jefferson Slack.

Jefferson Slack said Cognizant will be integral to our future success and a partner in the truest sense, unleashing its capabilities as a digital transformation agent. “Like Aston Martin, it’s a company with aggressive targets and ambitions, and will flourish in the global spotlight of Formula One,” said Jefferson Slack.

“There’s so much for me to discover over the next few months and I’m incredibly determined to help make this team even more successful. Before we know it, we will be at the first race, seeing this famous name back where it belongs. I’m proud to be part of this journey,” said Sebastian Vettel.

“Whenever I’m at the factory, you can feel the buzz and energy. We’re ready for this. There’s so much hunger in the team, and I just can’t wait to get the season started,” said Lance Stroll.