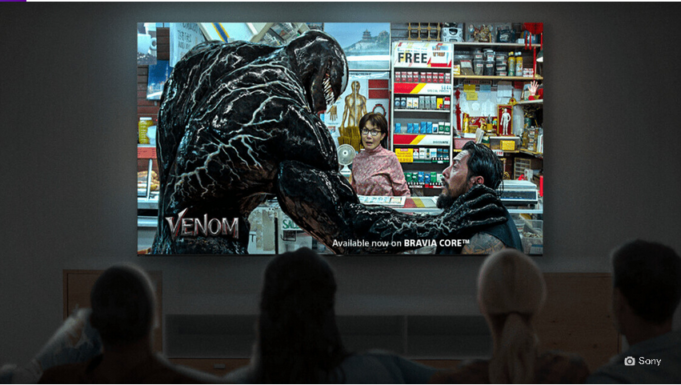 Bengaluru, NFAPost: Sony has just launched an exclusive video-streaming service with 4K-Bluray picture quality on its Bravia TVs to keep up with its rivals like Netflix and Amazon.

Owners of Bravia XR models can now enjoy around 300 movie flicks including a range of superhero blockbusters and sequels like Spider-Man: Far From Home and Jumanji: Welcome to the Jungle via Sony’s Bravia Core service.

The service is powered by Sony’s Pure Stream tech with streaming capability up to 80Mbps, which is the equivalent of lossless UHD or BD quality. In other words, it can deliver up to four times better picture quality than Netflix or double that of Apple TV on all new releases and classic blockbusters from the Sony Pictures library.

Bravia Core will be Sony’s standalone streaming service that rivals the likes of Apple TV, Amazon Prime and Netflix in the highly-competitive OTT market. Sony has become the first TV giant to indulge in high-quality video streaming services to gain an edge over its rivals.

Bravia XR TV owners with access to a Bravia Core account will be eligible for either five or 10 movie credits, based on the model purchased. Each credit can be redeemed for one movie with unlimited access until 23 February, 2026.

On the downside, the credits will expire within a year from the date of purchasing a Bravia TV. Furthermore, you will have to contend with Sony’s limited catalog as opposed to the imposing movie archives available on Netflix and Amazon.

Nevertheless, Sony offers you the highest quality of streaming service available in the market today, provided you have the internet bandwidth to accommodate the same.