Telecom Regulatory Authority of India (TRAI) has come up its December Telecom Subscription Data which states that Reliance Jio recorded a fall of around 20 lakh wireless subscribers in Punjab and Haryana in December 2020 amid farmers’ protest. 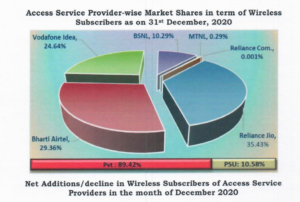 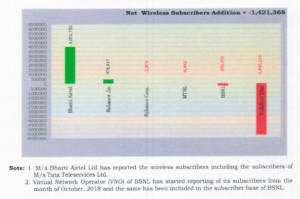 The farmers’ protest, Jio lost over 15 lakh subscribers in Punjab, as its number of customers in the state reduced from over 1.4 crore in November 2020 to less than 1.25 crore in December, the data showed. Similarly, in Haryana, its subscriber base fell from 94.48 lakh in November to 89.07 lakh in December.

The protestors, who have been agitating since November, believe that the new laws will aid big corporate houses like Mukesh Ambani’s Reliance Industries, Jio’s parent company. In total, the company lost more than 20 lakh subscribers across the two states.

Another report says, there are as many as 1,500 Jio mobile towers were vandalised allegedly by those protesting against the new farm laws, amid concerns that the reforms will lead to corporate exploitation of the farmers.

Then in January, Reliance Industries had filed a petition in the Punjab and Haryana High Court seeking government intervention into the matter.

The company, in its petition, claimed that Reliance has no plans to enter the contract farming business, one of the provisions under the farm laws. The petition also said that the company, which is into retail business as well, will insist on its suppliers to procure produce from farmers at the Minimum Support Price. 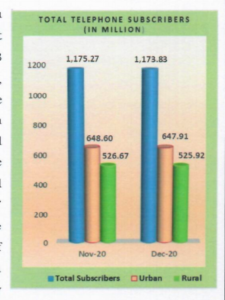 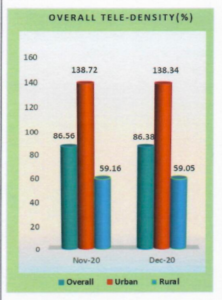 As per Arvian Research TRAI report states that TRAI points out the overall tele density in India also decreased from 86.56 at the end of November 20 to 86.38 at the end of December 20. “It is interesting to note that the share of urban and rural subscribers in total number of telephone subscribers at the end of Dember 20 was 55.20% and 44.80% respectively. The decline in tele density is primarily because of Covid-19 pandemic related economic slump and this situation will change during this year as economy is showing certain amount of resilience,” states the Arvian Research.