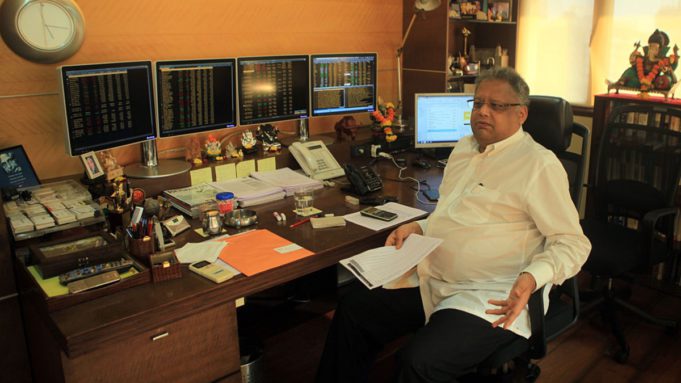 Billionaire investor Rakesh Jhunjhunwala has hailed Tesla CEO Elon Musk as a good entrepreneur and performer, but is sceptical about Tesla’s valuation.

Musk had become the world’s richest person, racing past Amazon CEO Jeff Bezos, after Tesla’s market cap increased to over $800 billion in January for the first time.

The current market cap of the electric-car maker fell to $650 billion after short selling in February. This slump saw Musk losing the tag of the richest person in the world.

Replying to a query, Jhunjhunwala said he is not a very favoured investor of internet companies as their prices have not climbed even after going public.

“Like Uber, after its public issue, it never went up. So, personally, I am not a very favoured investor of internet companies,” he said, adding that he would not buy stocks of companies having little or no cash flows.

Apart from Nazara, Policybazaar, Zomato, Flipkart, Delhivery, MobiKwik, BigBasket, and others are looking for an IPO ahead.

Replying to yet another query, Jhunjhunwala said crude prices will remain at $60-70 a barrel level and that the recent surge in oil prices is a temporary phenomena because of the deep freeze in the US.

Citi to Exit Retail Banking in 13 Countries Including India & China

Citi to Exit Retail Banking in 13 Countries Including India &...

B D Narayankar - April 15, 2021 0
The American multinational investment bank and financial services company, Citigroup, will exit consumer and retail operations in 13 countries including India and China. “As a...