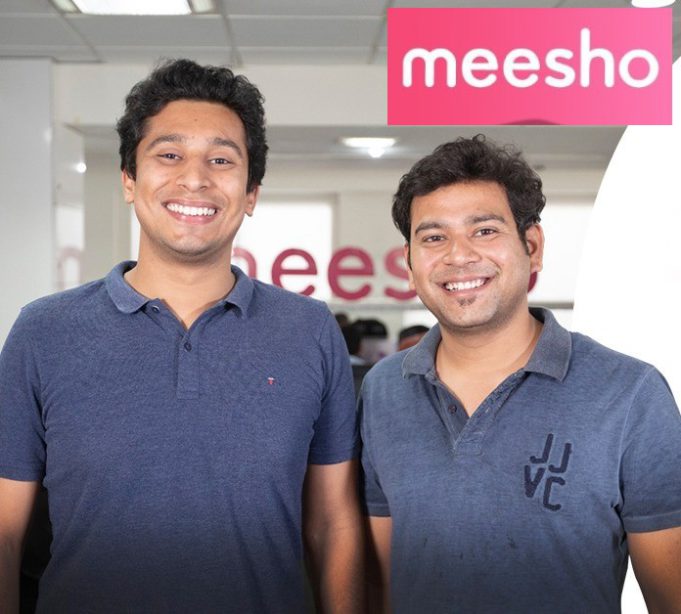 India’s fast-growing social commerce platform Meesho said on Monday announced that it has raised $300 million in a new financing round led by SoftBank Vision Fund 2 taking the company’s valuation to $2.1 billion. The valuation brought Meesho to the Unicorn club in the country.

In a tweet on Monday, Meesho cofounder and CEO Vidit Aatrey said the company is super proud to announce the Series E fundraising of the company.

“Super proud to announce that SoftBank Vision Fund is leading our $300M round at $2.1B valuations and partnering in our vision of enabling 100 million Small Businesses in India to succeed,” said  Vidit Aatrey in his tweet.

Meesho has become the fifth unicorn to emerge from India this year after Digit Insurance, Innovaccer, Infra. Market and Five Star Business Finance achieved the stature.

It is interesting not that during the Series D fundraising of $125 million in 2019  Meesho had a valuation of about $600 million $700 million. The company succeeded in raking up a total investment of about $490 million till now.

Bangalore-based Meesho has made deep inroads in tier 2 and trie 3 cities and other rural hinderlands with its online marketplace that connects sellers with customers on social media platforms sucha as WhatsApp, Facebook and Instagram.

Its offerings include order management, taking care of logistics, online payments, real-time shop updates, and allowing businesses to get their customers to subscribe.

Vidit Aatrey also said Meesho is focused on expanding its vision — from helping aspiring women entrepreneurs to create Meesho as a single ecosystem that will enable all small businesses in India to succeed online.

“In the last one year, we have seen tremendous growth across small businesses and entrepreneurs seeking to move their businesses online. And with our new vision we will enable 100 million small businesses to start, succeed and lead their operations online with Meesho as their partner in their journey,” said Vidit Aatrey.

‘The startup claims to have a network of more than 13 million entrepreneurs, a majority of whom are women, from hundreds of Indians towns who largely deal with apparel, home appliances and electronics items.

Commenting on the new investment, SoftBank Investment Advisers Managing Partner Munish Varma said the company is proud to be part of the growth journey of Indian ecommerce.

“By using the power of artificial intelligence and machine learning, Meesho has created a platform for many small business owners to sell to the next cohort of internet users. We look forward to being a part of this journey,” said Munish Varma.

SoftBank Investment Advisers India Partner and Head Sumer Juneja said SoftBank has been closely tracking Meesho for the last 18 months and have been impressed by its growth, daily engagement metrics, focus on unit economics and ability to create a strong team.

“We believe Meesho provides an efficient platform for SME suppliers and social resellers to onboard the e-commerce revolution in India and help them provide personalised experience to consumers,” said Sumer Juneja.

In a recent report, UBS analysts identified social commerce and business-to-business marketplaces as potential sources of competition to ecommerce firms such as Amazon and Flipkart in India.

Despite billions of dollars ploughed by leading ecommerce companies like Amazon and Flipkart, Indian social commerce is also growing which can take on the modern-day ecommerce ecosystem.

The new investment is happening at a time when Indian pop and mom stores are on survival mode and going for massive digital transformation. There is a clamour for bringing new law to control the capital dumping happening via ecommerce companies as there is a massive surge in demand from leading Inidna towns cities and even villages.

According to a recent report by Bain and Sequoia titled ‘Unlocking the Future of Commerce in India’ released in December 2020, while India’s e-commerce has been dominated by a few large players, social commerce is paving the way for a more distributed model built on community, connection and trust.

‘We expect social commerce, which is a $1.5 billion to $2 billion market today, will be worth as much as $20 billion in just five years — and will likely hit nearly $70 billion by 2030. In short, India’s social commerce sector will be twice the size of the current e-commerce market within 10 years,’ the report said.